Turkish Airlines Euroleague Final Four will be heading to London’s O2 Arena in 2013, it is confirmed 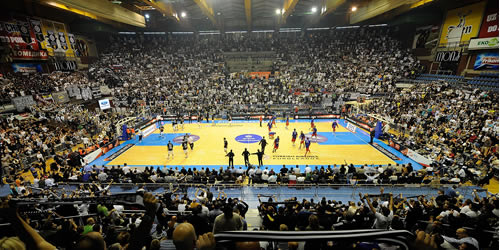 British basketball has received a major boost this week with news the Turkish Airlines Euroleague Final Four will be heading to London’s O2 Arena next May.

The performances of Chicago-based Luol Deng and his British team-mates at the London 2012 Olympic Games caught the imagination of the GB nation in the summer.

However, with Britain’s premier players plying their trade abroad – the Euroleague final will offer a rare opportunity for British spectators to watch the continent’s best in action in May – hopefully paving the way, long-term, for a London franchise.

The Euroleague Final is a three-day championship event taking place from May 10-12 and marks the finale of an eight month-long competition involving the 24 top European teams.

Euroleague has committed to hosting the season ending event in London in 2013, with an option to also play the 2014 edition at The O2 Arena, as part of a long-term strategy to commit to the development of basketball in the UK.

Paul Blake, chairman of the British Basketball League (BBL), said: “We are really excited about the Turkish Airlines Euroleague Final Four coming to London and the opportunity it will present the sport of basketball in the UK.

“With a long term strategy, I hope to see a British team competing in the league in the future.”

“We are currently in talks to establish a partnership with the BBL, where we also want to run an incredible CSR programme, leaving a lasting legacy with the hope that basketball in the UK will eventually be mature enough to have a team in the Euroleague competition.”