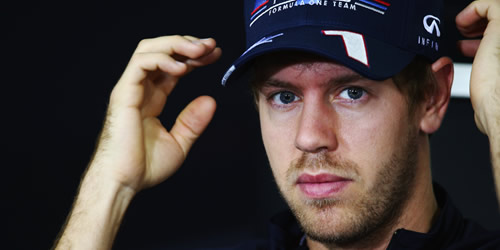 Ferrari president Luca di Montezemolo says he sees Sebastian Vettel as “perfect” for the Italian team in the future – and would choose the world champion ahead of Lewis Hamilton.

Red Bull Vettel has been the subject of relentless speculation linking him with a move to Ferrari, with reports claiming he has signed a pre-contract agreement to join the team from 2014.

Di Montezemolo is a huge admirer of the three-time world champion and believes he would be a better fit for Ferrari than Hamilton simply because he is younger.

“Between all the drivers, Vettel and Hamilton could be perfect for Ferrari in the future, with one difference – Vettel is younger,” Montezemolo was quoted as saying by BBC Sport.

“First of all, of all the drivers, we have the best – in terms of speed, intelligence in the race, and a capability to work with the team.

“When you have the best driver you have to put him in the best condition to succeed, to win and have a good environment without peer troubles. But if [Fernando] Alonso decided to go to live in Hawaii with the girlfriend, I have no doubt that for human and professional reasons [I would choose] Vettel. He would be very good for us.

“I like Vettel, because he is not presumptuous. He wants to win but he is not arrogant. Michael [Schumacher] told me many years ago that coming from karts, Vettel had the most potential of any young driver and he was right.”