Laureus Awards 2012: The nominees for this year's 'sporting Oscars' are released, with the winners to be announced next year 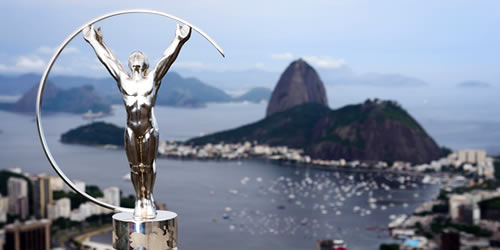 The winners will receive their prizes in Rio on 11 March 2013 Photo: Getty Images/Laureus

As 2012 edges to a wintry conclusion in Great Britain, there comes one final sunny affirmation from the tropical climes of Brazil—the next host of the Olympic and Paralympic Games—that London 2012 has left a sporting legacy that will be hard to match.

The Laureus Sports Awards, the ‘Oscars’ of the sporting world, have followed the Games from London to Rio, and it is from Brazil’s ‘Marvellous City’ that the nominations have just been announced.

In a year bursting at the seams with world-beating performances, the competition just to make the short-lists has been fierce, yet amid such a wealth of sporting achievement, five individual British gold-medal winners, together with the European Ryder Cup team—which boasted seven Britons amongst its 12—have made the final cut.

Also nominated are sprinter Usain Bolt, who repeated his Beijing success by winning gold medals in all three sprint events in London, swimmer Michael Phelps, the most decorated Olympian of all time with a career total of 22 medals, FC Barcelona’s Lionel Messi, who scored 86 goals in 2012 and is nominated for the fourth time, and Sebastian Vettel, who won his third straight Formula 1 world championship.

Jessica Ennis is nominated in the Sportswoman of the Year category after winning gold in the Olympic heptathlon with a British record score of 6,955 points.

She is up against Allyson Felix, who won gold medals in the 200 metres and both sprint relays, the 17-year-old swimmer Missy Franklin, who won four golds and a bronze, Serena Williams, who won Wimbledon, the US Open plus Olympic gold in singles and doubles, Jamaica’s Shelly-Ann Fraser-Pryce, who defended her 100 metres Olympic title, and Lindsey Vonn, who won her fourth skiing World Cup in five years.

Andy Murray is nominated in the Breakthrough category for winning his first Grand Slam plus Olympic singles gold and doubles silver in London. 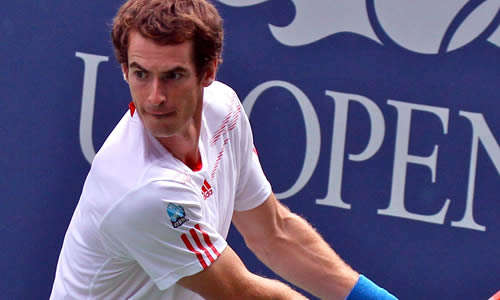 However, he faces France’s Yannick Agnel, who won two swimming golds and a silver in his first Olympics, US gymnast Gabby Douglas, 400 metres gold medallist Kirani James, Chinese swimmer Ye Shiwen, who won gold in both 200 and 400 metres individual medleys. Brazilian footballer, Neymar, is the only non-Olympian in the category.

Favourites for the team of the year could be the European Ryder Cup team, which included British golfers Luke Donald, Paul Lawrie, Graeme McDowell, Rory McIlroy, Ian Poulter, Justin Rose and Lee Westwood. The team is also nominated in the Comeback of the Year Award after its final-day fight-back against the US in the so-called “miracle of Medinah”.

Strong team competition comes from the Spanish men’s football team, the Red Bull F1 team and China’s table tennis team. The biggest surprise may be the absence of the GB Cycling Team, which won eight Olympic and eight Paralympic golds in a 34-medal haul in London and dominated the world track championships in Australia.

British wheelchair racer David Weir, who won four Paralympic gold medals, is nominated for the sportsperson of the year with a disability award. He is up against, among others, two Brazilians, Daniel Dias, who won six gold medals in London, and Alan Fonteles Oliveira, who beat Oscar Pistorius in the T44 200 metres.

Fourteen years later, the proceeds from the event continue to underpin the work of the Laureus Sport for Good Foundation which has raised more than €55m to fund more than 100 projects that continue to improve the lives of more than 1.5 million young people around the world.

The nominations are drawn from a ballot of journalists from 97 countries. The winners are selected by a secret ballot of the 46-strong Laureus Academy and will receive their silver Cartier-designed statuettes in Rio on 11 March 2013.

Sportsman of the year

Michael Phelps, US, became most decorated Olympian with 22 swimming medals

Sportswoman of the year

Missy Franklin, US, won four Olympic golds and a bronze in the pool

Team of the year

Laureus world breakthrough of the year

Laureus world comeback of the year

European Ryder Cup team, turned around match on final day to beat US 14½–13½

Sportsperson of the year with a disability

Action Sportsperson of the year TBD after World Surfing Championships