Liverpool transfers: Agent says Alexis Sánchez will not be leaving Barcelona, despite reported interest from the Reds 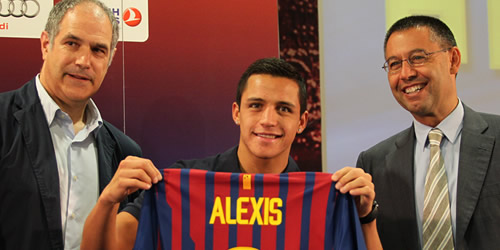 Alexis Sánchez will be staying at Barcelona despite reports linking the Chile international with a January transfer to Liverpool, according to the forward’s agent.

The 23-year-old has only started seven games this season, with the former Udinese star’s only goal coming in the Champions League.

Liverpool manager Brendan Rodgers is keen to add to his attacking options after an over-reliance on Luis Suárez during the past four months.

The Reds were reported to be leading the race to sign Sánchez, but his agent Fernando Felicevich insisted the forward would not be leaving Camp Nou.

“He has no reason to leave as he is in the best team in the world. Barcelona will not sell Alexis in any case. He has returned after injury and played well.”

Sánchez has scored 16 goals in 57 appearances for Barcelona after joining from Udinese in a €26m deal in July 2011.