Manchester City transfers: Athletic Bilbao striker Fernando Llorente admits he would be open to a move to the Premier League 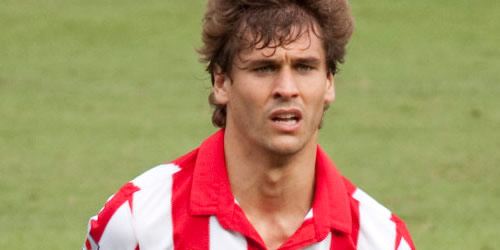 Fernando Llorente has admitted he would be open to a move to the Premier League amid reported interest from Manchester City and Tottenham Hotspur.

The Spain international has refused to sign a new deal at Athletic Bilbao and will be able to move on a free transfer next summer.

The 27-year-old, who scored 29 goals in 53 appearances last term, has also been heavily linked with a switch to Serie A champions Juventus.

But Llorente, who scored twice against Manchester United last term in the Europa League, says a move to the English top-flight could be a possibility.

“It is true that we are approaching the date when I can sign for other clubs,” Llorente said.

“I’m trying to keep it so that it is something which is managed by my brother and my representatives. That leaves me to focus in my football and help my team, Athletic, and nothing else, maintain focus.

“I really like the Premier League and I’ve mentioned on more than one occasion that it’s a league which appeals to me a lot.

“You never know. It’s one good option in terms of my future but we’ll have to wait until the end of the season to see what happens.”

Liverpool transfers: Joe Cole vows to fight for his place amid exit reports