Will a third Monday solve the US Open’s ‘Super Saturday’ problem?

The US Open has added an extra day to its schedule after a controversial few years. Marianne Bevis reports 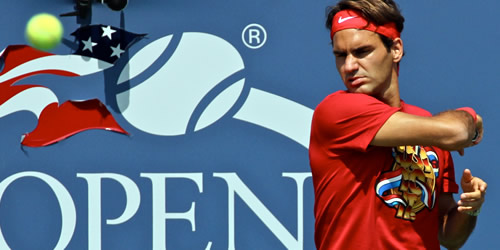 After enduring five years of delayed men’s finals, the complaints of players about the unique schedule of the US Open have brought a change that should at least ensure a day’s rest between the semi-finals and final.

The New York-based Grand Slam, uniquely among tennis’s four showcase events, has always concertinaed the men’s semis and both the men’s and women’s final into a blockbuster concluding weekend, highlighted by ‘Super Saturday’.

Hugely popular with the US public and broadcasters, it has nevertheless become increasingly unpopular with the players who have been faced with two best-of-five-set matches on consecutive days. The inclement weather, so often a factor on the eastern seaboard of the US at this time of year, has only exacerbated the problem, necessitating a postponed Monday conclusion to the men’s tournament five times on the trot.

Now, the United States Tennis Authority has announced that the tournament will have a day added to its schedule, extending the final “weekend” to an unprecedented third Monday.

In practice, the semi-finals will continue to be played according to the old schedule: the women’s on Friday afternoon and the men’s on Saturday afternoon. However, the women’s final, which has been played on a Saturday night since 2001, will move to 4.30pm on Sunday, and the Saturday evening session will be scrapped. The men’s final will move from Sunday afternoon to a brand new session at 5pm on Monday.

The change ensures that all the finalists have a day’s rest between matches. What it does not address, however, is the weather. Should the concluding weekend again be disrupted by rain or storms, could the USTA be forced to stretch the tournament to a third Tuesday? Only time will tell.

In announcing the change, USTA spokesman Chris Widmaier said: “We listened to the players and understood their request for an extra day’s rest.”

He added: “Because of the nature of the game, and to assure a final that can be played at the highest competitive level, you need an extra day of rest. We recognised that.

“The USTA reached out to many of the top players, player agents as well as the respective tours. So far, everything has been fairly positive.”

He went on to say that they had not yet finalised on which days the men’s, women’s and mixed doubles finals would take place, nor whether the new schedule would extend beyond 2013.

However, he did announce an increase in the US Open’s base prize money by $4 million, double the $2 million increase of 2012.

Both defending champions had positive comments about the changes. On the women’s side, Serena Williams said: “Both the prize money increase and the addition of a day of rest are great for the players.”

Men’s champion, Andy Murray, said: “I’m pleased that the USTA has modified the US Open schedule to include a day of rest between the semi-finals and final. Together with the prize money increase, it’s good that they’ve taken on board the players’ concerns.”

Murray has been one of the more vociferous players about both the conditions in which he and his colleagues were expected to play and the demanding schedule, but he was not alone. 2011, in particular, brought hurricanes, washed-out days during Week 2, splits and bubbles in the courts, and a near player rebellion on being asked to play on damp—and therefore slippery—surfaces.

The disruptions and delays to the schedule caused by the weather seemed to open a seething sore, and the various issues were summed up by the president of the Players’ Council, Roger Federer: “This is the fourth year in a row I think we’re playing a Monday final.

“Might as well make it a Monday final, right?…Or you have to change up a few things. I think the [three-day] first rounds is not working and “Super Saturday” is not feasible…without the roof, I just don’t think Saturday/Sunday is feasible any longer.”

The debate drew on the other Slams for evidence, for Wimbledon, the French Open and the Australian Open follow different patterns, not least scheduling a day’s rest between the semis and the final. The French—the other Slam without a roofed court—begins on a Sunday instead of Monday. Wimbledon, perhaps the most susceptible to rain and to its impact on the grass, even manages a day of rest on middle Sunday.

In contrast, the US Open begins on Monday and then spreads the first round across three days. By Wednesday, there are men’s first rounds, doubles first rounds and women’s second rounds playing side-by-side, with a high-profile men’s second-round match played in the evening.

The knock-on effect of this is that by second Monday, when Wimbledon plays all the men’s fourth rounds on the same day, the US Open plays only half of Round 4 men’s matches, with the other half played on Tuesday. And so the pattern continues towards the shoehorning of the showcase matches into the final weekend.

That, at least, has now been addressed by the addition of a third Monday—though whether finding the solution in an extra day is the best one remains to be seen. Potentially, it could have a knock-on effect if finalists are involved in the Davis Cup, which begins—possibly on the other side of the world and in entirely different playing conditions—just four days later. Perhaps an alternative proposition would be a Sunday start: after all, the US Open gets under way with its famous Arthur Ashe Day on the Saturday before play gets under way.

Longer term, there may be more room for manoeuvre as the USTA’s development plan for the Flushing Meadows location unfolds. The prospect of a roof over at least one show-court is still some way off—the costs in solving what is a mammoth engineering challenge are huge. For now, though, the players can draw some satisfaction that their concerns are starting to be addressed.