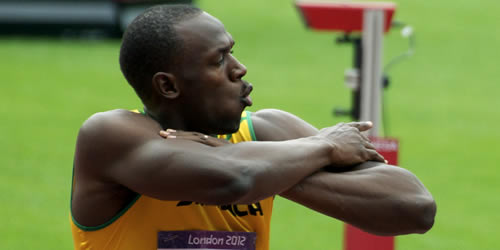 Robin van Persie scored a late winner to seal a 3-2 victory over Manchester City at the Etihad Stadium, with Manchester United moving six points clear at the top of the Premier League.

Wayne Rooney netted twice in the opening 28 minutes to put the visitors in charge, but goals from Yaya Toure and Pablo Zabaleta appeared to have rescued a point – until Van Persie’s free-kick at the death.

Here is the best of the reaction from the professionals past and present on Twitter.

Nottingham Forest striker Billy Sharp (‏@billysharp10) never doubted Rooney’s quality: “Roooonneeyyyyyyy, another one getting stick for not scoring enough, he’s back amongst the goals!”

Arsenal legend Ray Parlour ‏(@RealRomfordPele) believes Mancini must make a change: “Man United. Very good in the first half. Mancini got to change it. Tevez must come on!”

German tennis legend Boris Becker ‏(@Becker_Boris) is enjoying the derby after Yaya Toure scored: “Now we have a game …”

Former Tottenham striker Gary Lineker (‏@GaryLineker) can see one famous face who lacks Becker’s enthusiasm: “I’m not sure Tom Cruise is that bothered about this game.”

Ex Spurs chairman Lord Sugar (‏@Lord_Sugar) can imagine Ferguson’s reaction: “2-2. It was coming. Fergie will be doing his nut in!!

Boxer and City fan Ricky Hatton (‏@HitmanHatton) is gracious in defeat: “Thought we’d crawled it back, fair play City but I think these Manchester derbies lately are something else. Wow, fair play you dirty reds!”

Finally, Jason Euell ‏(@jasoneuell) states the obvious: “Man United to be champions & RVP leading scorer this year after that result. And I’m a Gooner. £24m good bit of business from the Arsenal. Not!”