With winter well and truly underway, the snowsport season is hotting up. Here’s the latest from the slopes 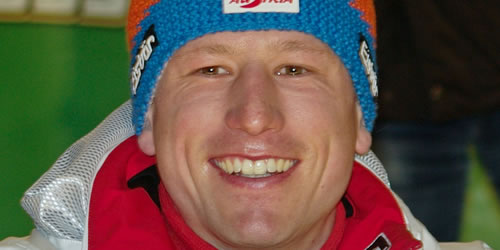 Hannes Reichelt and Dominik Paris could not be spit in Bormio Photo: C Jansky, via Wikimedia

With winter well and truly under way, the snowsport season is hotting up and The Sport Review winter blog is also cranking into gear.

Here’s a look at the weekend’s major skiing action.

Well, whoever asked for top quality ski racing for Christmas got their wish on Saturday. At the men’s downhill in Bormio, the top four racers were separated by 0.02s. That is, frankly, quite ridiculous. The race was so close that Italian Dominik Paris and Austrian Hannes Reichelt could not be split – both finishing the course in 1:58.62s and sharing the top step of the podium. Tour leader Aksel Lund Svindal was just 0.01s back in third with another Austrian, Klaus Kroell, a further hundredth behind in fourth. Kroell’s run typified the action in the Italian sunshine. He spent most of his race off the pace – half a second behind at one stage – and briefly led the field before crossing the line two hundredths of a second behind the leaders. It wasn’t even good enough for a place on the podium – it was that kind of race.

Slovakian racer Veronika Velez-Zuzulova (is that Slovakian for vuvuzela?) claimed her first ever World Cup win in the slalom at Semmering, Austria. With a combined time of 1:37.28s, she beat Austrian Kathrin Zettel and overall leader Tina Maze into second and third respectively. The 28-year-old had already claimed six 2nd places in her career, but she finally broke onto the top step of the podium. And yet another top-three finish means Maze continues to dominate the women’s side of the tour. The Slovenian is already a staggering 427 points ahead of German Maria Hoefl-Riesch in the overall standings and will take some catching if she is to be overhauled in the new year.

We are in the midst of the 4-Hills tournament – the ski jumping showpiece from Austria and Germany – and Norwegian Anders Jacobsen leads the way after winning the first event in Oberstdorf. His combined total of 308.6 saw him beat defending Four Hills champ Gregor Schlierenzauer into second place. The tournament continues in Garmisch on Monday night before heading across the border into Austria for jumping at Innsbruck and Bischofshofen.

Don’t be fooled by the name, the ‘City Event’ in Munich is not an international conference for business strategists. It is in fact one of the most exciting ski events on the World Cup tour. Postponed last year due to mild weather, it’s a head-to-head slalom where skiers race against each other on opposite sides of the piste. Both sides of the tour – men and women – come together for the event and with the likes of Tina Maze, Maria Hoefl-Riesch, Aksel Lund Svindal and Ted Ligety all featuring, it’s bound to be one of the events of the season. Watch it.

England can take invaluable lessons from 2012 ahead of Ashes series