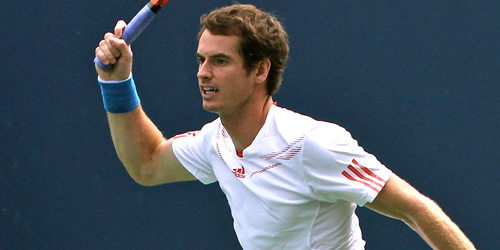 Andy Murray will not face another seed ahead of the semi-finals Photo: Marianne Bevis

‘Can Murray down Del Potro, Federer and Djokovic?’ That was the question attached to this correspondent’s preview of the 2013 Australian Open. How things can change in the space of a week.

For with the final 16 now sifted down to the last eight, Andy Murray not only avoided the prospect of the dangerous No6 seed Juan Martin del Potro in the quarters but knows he will not face another seed ahead of the semi-finals.

Murray’s quarter had looked decidedly tricky compared with the top half of the draw. Round 1 posed the world No53, Robin Haase, who gave Murray a scare at the US Open in 2011. Not surprisingly, there were no such problems this time: Murray has the confidence of an Olympics gold medallist and a Grand Slam champion, while Haase had won only one tour match since August 2012.

Round 2 was even more straightforward: the No100 Joao Souse was, like Haase, dismissed in an hour and a half.

Then a few small windows began to open up. Instead of the expected seed Florian Mayer, Murray played Ricardas Berankis, who had been the youngest player in the top 100 in 2011 until sidelined with hip injury, and he underwent hernia surgery last year. Now ranked No110, he also failed to win a set from Murray and was gone in two hours.

Meanwhile, even better news for Murray was coming simultaneously from two other show courts. First del Potro, the only other Grand Slam winner of the last eight years outside the ‘big four’, went out in five sets to Jeremy Chardy, and then No12 seed Marin Cilic also fell in five sets to No21 Andreas Seppi.

And still the cards fell Murray’s way. While he rested on his hotel bed, already through to the last 16, he could watch his next opponent still on court in an exhausting tale of injury, cramp, blisters and more.

This five-hour battle between the walking wounded featured two former top-10 players, both with their share of knee problems in recent years. Gilles Simon had already worked his way back to a seeding of 14 and was Murray’s scheduled fourth-round opponent. The other was showman Gael Monfils, unseeded because of recent problems but determined to show his class in Melbourne.

Monfils first beat No18 seed, Alex Dolgopolov, after losing a first-set tiebreaker. He then beat Yen-Hsun Lu in four hours and five sets, before taking on Simon.

Two lesser men would have thrown in the towel, but not these, though it was plain that the survivor would have little left when they returned 35 hours or so later. Even at their peak of fitness, they were not expected to beat Murray.

Sure enough, Murray hardly broke sweat in a strangely sedate match of 95 minutes. To Simon’s credit, he won seven games, sticking it out to the bitter end, but gave Murray a resigned smile as he served his final game.

Murray admitted afterwards that it was not the ideal way to reach a quarter-final: “At this stage of a Grand Slam, you’re sort of geed up and prepared for a tough battle.

“That’s why it becomes hard because the emotions aren’t quite into it.”

Now into the second week, he is in danger of playing a not-dissimilar match against Chardy. The 35-ranked Frenchman, who has not even reached an ATP final since 2009, has played above both ranking and form to reach his first Major quarter-final.

Coming into Melbourne, he had reached the second week of a Grand Slam just once at his previous 19 attempts, Roland Garros in 2008, and had won just a single match since the US Open. But in Australia, he beat first a qualifier—in four long sets—then three seeds on the bounce: No30 Marcel Granollers, No6 del Potro, and No21, Andreas Seppi. And believe it or not, he beat Murray for the first time in Cincinnati last summer—in straight sets.

The danger for Murray, as he hinted after the Simon match, is that he has not yet been pressed hard enough to produce his best tennis, and if Chardy does not push him either, Murray may find himself starting slowly against Roger Federer in the semis.

Meanwhile Federer, like the other top seeds, has worked up his sharpness via the predicted string of opponents. Pressed a little harder in each successive round, he has upped his own performance in equal measure, most recently to oust the highest seed in his eighth, Milos Raonic.

Federer next faces the No7 seed, Jo-Wilfried Tsonga, who tidied up the other segment of this quarter by beating No9 Richard Gasquet.

In the top half of the draw, too, one unseeded man made the last 16, though Kevin Anderson only just missed out by a couple of ranking places. He did not reach the quarters, however, losing to No5 seed, Tomas Berdych, who is one of three men left—with Murray and Federer—still to drop a set.

Berdych has therefore fulfilled his allotted meeting with Djokovic, while the defending champion also survived the route mapped out by the draw. He, too, had to raise his game at every round, first against No31 Radek Stepanek and then against No15 Stan Wawrinka. After five hours of intense combat late into the night, he may wish now for some of Murray’s fortune, a more lowly ranked man than Berdych.

And so to the final quarter, where David Ferrer has also played his designated seeds. His progress has, like Federer’s, been much as he would wish, with steadily increasing challenges from Marcos Baghdatis and Kei Nishikori preparing him now for fellow Spaniard, No10 Nicolas Almagro—who beat an injured No8 Janko Tipsarevic.

So the tournament is left with a set of almost perfectly balanced quarters.

Berdych may be in a position to get the better of Djokovic for the first time since Wimbledon 2010, courtesy of the work of Wawrinka.

Almagro will be attempting to beat Ferrer for the first time in their 12 meetings, but this time primed by a couple of testing matches along the way before recovering with a gentle two sets against Tipsarevic.

Tsonga and Federer promise to put on as compelling a contest as Djokovic and Berdych—both are in prime condition and good form, and they have not played one another in over a year. What’s more, Tsonga has a win in his locker over the No2 seed in a Grand Slam quarter-final—at Wimbledon no less.

The only match that could disappoint is Murray’s: It is hard to see Chardy finding still more resources to play the No3 seed close.

The route to the semis may be different from the one predicted more than a week ago but, come the closing stages, it should still be the top four seeds in the hunt. How those very contrasting routes affect the final push to the final and the title will only become clear in a few days’ time.