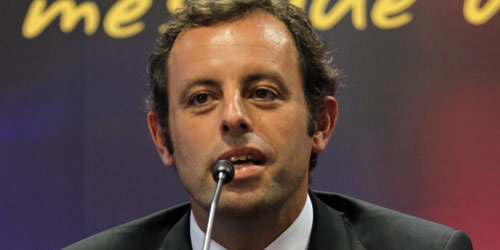 Barcelona president Sandro Rosell was in jubilant mood after seeing Lionel Messi collect the 2012 Ballon d’Or and make history by being the first player to win the prestigious award four times.

“For us this is like winning the Champions League,” said Rosell on Monday evening at the ceremony in Zurich.

“It is a recognition of the hard work he has put in at Barcelona for many years. Messi is the best player of all time, he’s better than Pele, better than anyone.”

And the Barça president joked: “I’m looking forward to bragging to Florentino Perez about this.”

Messi, 25, beat off competition from Cristiano Ronaldo and Andres Iniesta to win world football’s most prestigious individual honour for the fourth year running with 41.6 per cent of the vote.

Rosell also admitted that he spoke to former Barça boss Pep Guardiola before the ceremony, but said his former employee did not tell him which club he would coach next season.