Cristiano Ronaldo speaks out against racism in football 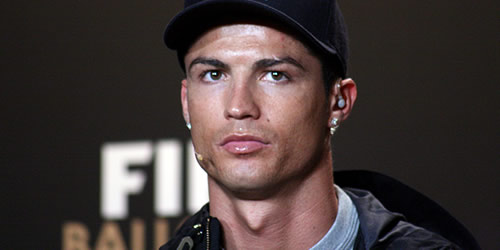 Cristiano Ronaldo admits that he finds it hard to believe that incidents of racism continue to taint modern-day football.

The issue was once again thrown into the spotlight last week when AC Milan midfielder Kevin-Prince Boateng led his team off the pitch in protest after being on the receiving end of racist abuse from supporters during a friendly match against Pro Patria.

Ronaldo, who is nominated for the 2012 Ballon d’Or award along with Lionel Messi and Andres Iniesta, says he cannot believe that the issue continues to rear its ugly head in this day and age.

“In my honest opinion, I think this cannot happen in this moment in football,” said Ronaldo.

“Fifa and Uefa always speak about the fight against racism… why is this still happening? It’s incredible. In my opinion this cannot exist.

“This is just a football match and the people should enjoy it in the stadium and not find these kinds of things because it’s not good for anybody.

“We should live in peace, all of us.”

Boateng said that he would have no hesitation about walking off the pitch again should a similar incident happen in the future.

“I don’t care what game it is – a friendly, Italian league or Champions League match – I would walk off again,” he told CNN.

“I’m sad and angry that I’m the one that has to take action. All the people who support me would support me in a big game. Players like Rio Ferdinand and Patrick Vieira have supported me and I just want to say thank you.”