Eden Hazard: I was trying to kick the ball not the boy but I’m sorry 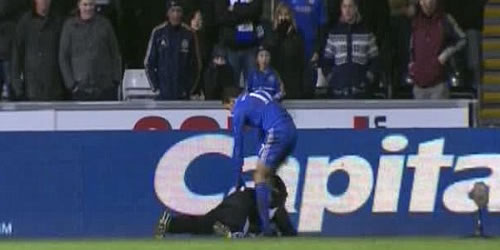 Eden Hazard has apologised for kicking a ball boy after the Chelsea midfielder was red carded during the Blues’ goalless draw at Swansea City.

With 12 minutes left to play and the Swans leading 2-0 from the first leg of the Capital One Cup semi-final, Hazard lost his patience with a ball boy after he refused to return the ball for a goal-kick.

Hazard attempted to kick the ball out from underneath the youngster but appeared to kick the boy in the ribs, before referee Chris Foy showed the Belgian a straight red card.

“The ball boy came in the changing room and we had a quick chat and I apologised and the boy apologised as well, and it is over. Sorry.”

Chelsea boss Rafael Benitez said that the issue would be dealt with “internally” after watching his side fail to book their place in the Wembley final.

“The ball boy has been in the dressing room talking with Hazard,” said the Spaniard. “They apologised to each other, they know they were wrong and that’s it. 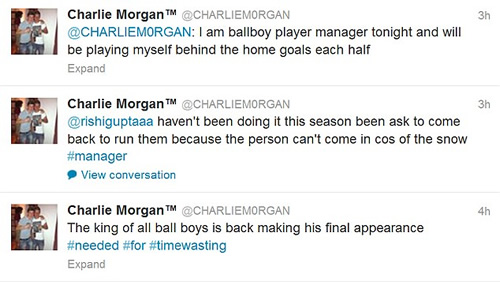 “He was wasting time, Hazard was frustrated and wanted to get the ball back quickly. They both made a mistake and we cannot say too much. Both were wrong and we cannot change things.

“As a football club we know there was a mistake. We will talk to the player. We will deal with this internally. He was frustrated and wanted to get the ball back.

“We know he has made a mistake and we are paying for that because we were playing with 10 players and we needed to score goals.”

Before the game, Morgan had tweeted: “The king of all ball boys is back making his final appearance #needed #for #timewasting.”