England selectors must be patient with enigmatic Jade Dernbach

England's Jade Dernbach is struggling in the ODI series in India but the selectors must remain patient, writes Harry Kemble 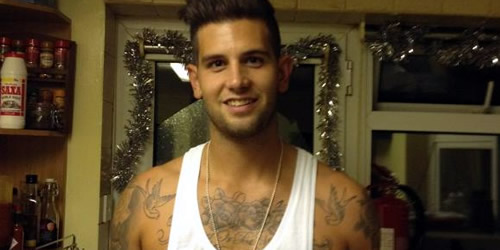 Jade Dernbach has been an England regular since his ODI debut Photo: Jade Dernbach/Twitter

If England’s Jade Dernbach took heed of just one of his numerous tattoos, you would hope he would read an inscription on his left arm.

It says: “What counts is not the years in your life but the life in your years.”

That’s a quote from Adlai E Stevenson, a former vice-president of the United States. Which is embedded amongst an collection of body art on both arms.

With England 2-1 down in the five-match series against India, their hopes of a stunning series victory are hanging by a thread after two convincing defeats.

New limited-overs coach Ashley Giles is under pressure to stamp his mark on his squad, especially as some, including Dernbach, have failed so far to adjust to their new senior status.

The right-arm quick is 26 – but will be 27 before the 2013 County season – and has been an England regular since his one-day international debut nearly two years ago.

Twenty-one ODIs and 18 T20s later, little progress has seemingly been made to shift himself from a promising raw quick to the X-factor lamentably missing from England’s line-up.

The South African-born bowler burst onto the scene with an array of tricks that would put Indian magician P.C. Sorcar to shame.

On paper, he has an armoury to thrive in any conditions at any stage in the match but still seems uncomfortable in any role other than a support bowler.

Thrust into the front-line in the absence of James Anderson, Stuart Broad and Graeme Swann, Dernbach has been innocuous apart from a handful of deliveries, recording figures of 2-69, 2-73 and five overs for 45 in the three ODIs so far.

And therein lies the problem. Dernbach’s career highlights reel makes sensational viewing as the best batsmen can be left bewildered and flummoxed by his trickery.

Yet after the last match in Ranchi, where he went at nine an over, he has earned the unwanted accolade of having the worst economy rate of 6.28 runs per over in ODI history.

Dernbach is entering territory where sporadic success will only keep him in the side for a little longer.

But as many tout his replacement, who can realistically supersede England’s most eccentric talent in recent years?

Fans bemoan the lack of left-field players in the English ranks, as other nations – particularly in the sub-continent – propel unknown quantities into their sides at will.

England finally have their own rough diamond and yet he is potentially facing the axe midway through a series.

Of Dernbach’s 21 ODIs, he has played ten against India, six of which have been played in their backyard – an arena that even the best have consistently struggled in.

A point that England’s coach is keen to add to in light of the latest defeat in Ranchi.

“It’s tough on Jade as India is a hard place to come and play,” Giles said.

“Anderson, Broad, most English seamers haven’t had a great deal of one-day success in India judging by the 5-0, 5-0 results in the last two series.”

Admittedly, Dernbach cannot claim inexperience as he approaches his late twenties – it is understandable that patience could be wearing thin.

Nonetheless in terms of sheer wicket taking ability, Dernbach is not far off a player of the same mould.

At the same stage of his career, Sri Lanka’s slinger Lasith Malinga, who was blighted by persistent no balls early in his career, had taken 31 wickets to Dernbach’s 29.

Malinga’s formative international days were aided somewhat by slightly weaker opposition too, playing the likes of the Netherlands, Zimbabwe, UAE and Bangladesh twice in his first 21 ODIs.

The message is clear: Sri Lanka stuck with their “rough diamond” and his unorthodox round-arm action is now one of the most revered in international cricket.

Dernbach has a long way to go before coming close to Malinga but his detractors must remember consistency is always the enemy when attempting a new art.

English cricket is not renowned for producing unique talents such as Dernbach like other countries, particularly on the sub-continent where there seems to be a never-ending production line of rare talents.

Despite his advancing years, the national selectors must not give up on their investment. His time will come.