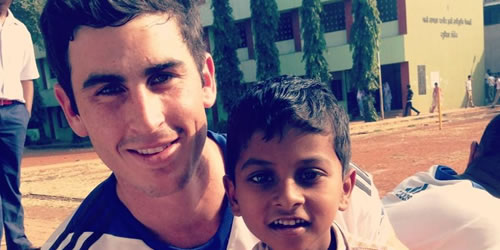 New limited-overs coach Ashley Giles insisted that he would contemplate changes after arriving in Chandigarh on Sunday following another disappointing defeat in Ranchi.

ODI keeper Kieswetter has struggled in India so far, hitting just 18 and nought in the last two games, batting at the pivotal number six slot despite being earmarked as England’s first-choice wicketkeeper for this summer’s ICC Champions Trophy.

Meanwhile Buttler, the incumbent T20 keeper, has been the focal point of the two practice sessions at the Punjabi Cricket Association Stadium and looks ready to step into the side for Wednesday’s must win match.

Bruce French, the national side’s keeping coach, believes the highly-rated Buttler would soon compete with his county team-mate for the troublesome position in England’s side.

But with the series hanging by a thread, Giles knows he must act now if the tourists are to avoid a fifth-straight ODI series defeat in India.

England’s bowling department should remain the same, despite Steven Finn suffering a blow to his right index finger in Monday’s practice session.

Although Jade Dernbach, who now has the highest economy rate in ODI history with 6.28 runs per over having been wayward at best in the series, could switch for Stuart Meaker.