Liverpool transfers: Salomon Kalou admits he is flattered by reports linking him with a return to the Premier League 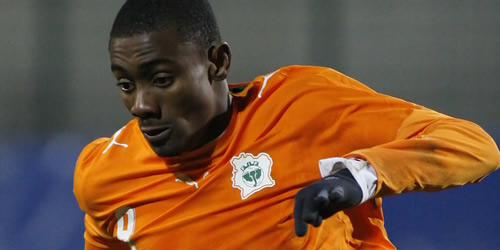 Salomon Kalou admits he is flattered by reports linking him with a return to the Premier League, with Liverpool and West Ham United said to be interested in signing the midfielder.

The 27-year-old has made 18 appearances for Lille this season, scoring two goals, since joining the Ligue 1 side from Chelsea on a free transfer last summer.

The Ivory Coast international is reported to have attracted interest from both Liverpool and West Ham.

And the midfielder says that he is flattered to be linked with a return to the English top flight.

“I am flattered with all teams linked with me in England,” said the former Chelsea midfielder.

“It means I am not a bad player as some people think. Teams such as Liverpool, West Ham, are very good teams.”