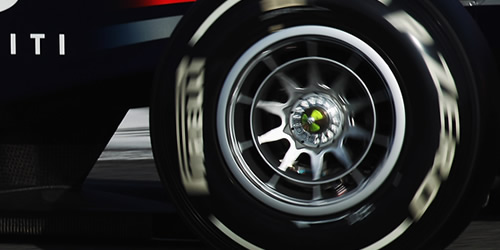 Pirelli would like a decision on whether it will continue as Formula 1’s tyre supplier for 2014 early this year.

The Italian company, which unveiled its 2013 tyres in Milan on Wednesday, enters into the final 12 months of its three-year contract this season and motorsport director Paul Hembery is hoping a decision will be made on whether to extend the deal by March.

“We’d like it [a decision] early in the year,” Hembery told ESPN. “We have a lot of people involved in the F1 project, probably more than even the teams understand, so if you’re not going forward you need to know relatively early so that you can start reallocating resources to other activities.

“We would certainly want to be knowing if we’re staying within the first quarter really.”

Pirelli on Wednesday claimed that changes to the 2013 tyres will mean more exciting races with more pit stops.

The manufacturer said that the changes will result in at least two pit stops per race and “increasing overtaking opportunities and so helping provide an even better show”.

Six Nations 2013: Saint-Andre calls for France consistency on the road