Six Nations 2013: Toulon centre Mathieu Bastareaud admits the hard work paid off after being called up to France's squad 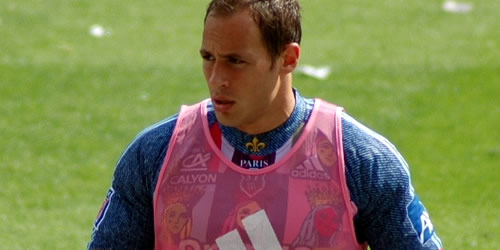 After being named in France’s Six Nations squad, Mathieu Bastareaud admits it took a lot of hard work for him to force himself back into the reckoning.

The 24-year-old Toulon centre has been named in Philippe Saint-Andre’s provisional 33-man party despite having not featured for France since their 2010 Grand Slam.

Bastareaud has been out of favour since helping France to victory over England in March 2010, and was excluded from the French squad for the 2011 World Cup.

But after heeding the warnings from club coach Bernard Laporte, Bastareaud has regained his form in this year’s Top 14 for the Stade Mayol outfit.

“I decided I had to really push myself in training and no longer content myself with just getting by,” said the former Stade Français man.

“It would have been disrespectful to the club and the supporters – there are a lot of people who would like to be in my place.

“I’m very happy and very proud. It’s not a massive surprise because my name has been bandied about a bit at the moment.

“I’ve been waiting for this call-up and I want to share it with my teammates, the club, fans and my family, all of whom have always believed in me, notably in the tough times.

“In the first six months of this season, I’ve worked really hard with the Toulon backroom staff and the work has paid off.

“I don’t know if I’ll make the cut for the 23-strong group [which Saint-Andre will name on January 28], but everything in its own time. For the moment, I’m thrilled.”