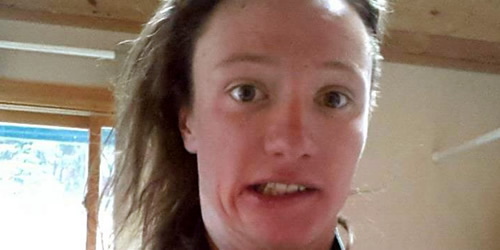 With the ski season now well and truly under way, The Sport Review winter blog is also cranking into gear.

Here’s a look at the weekend’s major skiing action, which pleasingly has a distinctly patriotic feel.

Winter sport has a new skiing star. And the good news is he’s British. James Woods, a 20-year-old skier from Sheffield, won his second consecutive World Cup on Friday in Colorado after claiming the opening event in Argentina back in September. For those unfamiliar with slopestyle, it involves skiers and snowboarders performing jumps and tricks on a series of obstacles. It will be making its Winter Olympic debut in Sochi in 2014, and Woods is Britain’s leading medal hope. His score of 93.4 was enough to put him ahead of Australian Russell Henshaw in second and Canada’s Alex Beaulieu-Marchand in third. Woods tweeted: ‘Thank you for all the amazing support everyone!!! :D Today I managed to win my second World Cup Gold of this season! Buzzin! :D’

On the snowboard side of things, Billy Morgan came fifth in his first World Cup slopestyle event in Copper Mountain. And if Morgan’s name rings a bell, it’s because he became an internet phenomenon when he landed a triple rodeo – three full flips in mid-air – becoming possibly the first person ever to do so.

Former Olympic sprinter Craig Pickering made his bobsleigh debut in the World Cup at Koenigssee on Sunday and finished in 19th. Pickering only pushed a bob on ice for the first time last week and joined marine John Jackson as a brakeman in the two-man bob. They finished 1.69s behind Canadian winner Lyndon Rush. He tweeted: ‘Semi-decent today. Would have liked to have pushed quicker, but considering only my fifth and sixth runs ever, could have been worse.’ Pickering competed for TeamGB in the 100m and 4x100m relay in Beijing and is the latest in a line of sportsmen to convert to the ice. Commonwealth decathlon gold medallist Dean Macey raced with former sprinter Jason Gardener in the two-man bob but finished sixth at the British Bobsleigh Championships in 2008 and missed out on the Vancouver Winter Olympics. Brits Gillian Cooke and Nicola Minichiello were both athletes before they converted to bobsleigh. Cooke competed in the long jump, triple jump and pole vault while Minichiello was a heptathlete, but they transferred their skills from the athletics track to the ice track where they won the two-woman bobsleigh World Championship in Lake Placid in 2009.

German biathlete Florian Graf was disqualified from a World Cup race in Oberhof last weekend after he pointed his rifle at his own face. The 24-year-old paused between shots to try and blow moisture from the barrel of his sensitive small-bore weapon, which is capable of firing bullets at 500mph. The former junior world champion apologised and no further action will be taken.