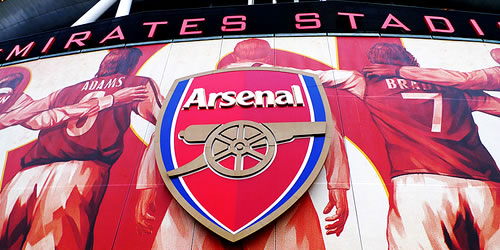 Arsenal recorded a £17.8m profit in six months up to 30 November 2012 Photo: tomazstolfa/Flickr

Peter Hill-Wood has reassured Arsenal supporters that the club is determined to keep their top stars and recruit new talent, despite figures revealing that the Gunners raked in £42.5m from player sales in the second half of last year.

The Gunners posted a £17.8m profit in the six months up to the end of November 2012 in financial statements showing revenue of more than £40m from the sale of players, including Robin van Persie’s £24m transfer to Manchester United.

The north Londoners, who have not won a major trophy since their FA Cup triumph back in 2005, shelled out £40.9m on new signings and player contracts in the same period.

There has been a growing sense of unrest amongst Arsenal fans in recent days following the club’s shock FA Cup exit at the hands of Blackburn Rovers and a 3-1 Champions League home loss to Bayern Munich in the first leg of their last-16 tie.

But Arsenal chairman Hill-Wood has moved to clarify the club’s position on their dealings in the transfer market, insisting that they remain determined to strengthen their squad where possible.

“Let me be quite clear that our intention is to keep our best players and recruit new talent to make us stronger,” said Hill-Wood.

“During this financial period we also invested £40.9m in the acquisition of new players, Lukas Podolski, Santi Cazorla and Olivier Giroud, and the extension of other player contracts.

“This is a strong indicator of our ambition to compete and win trophies.”

Hill-Wood added: “Our desire is to make everyone connected with Arsenal proud of the club.

“We know that comes through winning trophies but also through the way we do things and that will remain our constant guide.”

The club also used the publishing of the statements to stress the importance of their new long-term sponsorship deal with Emirates, which will be worth up to £150m.