Elinor Barker, Victoria Williamson and Becky James are fuelling British cycling as they start the long road towards the 2016 Olympics 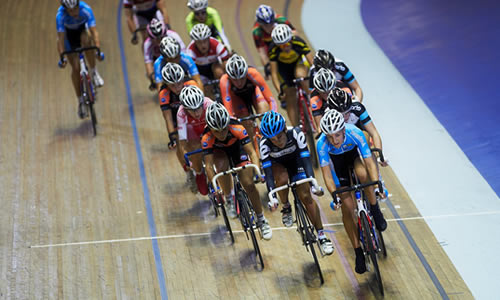 Forget team spirit, it’s teen spirit that is fuelling British cycling as they start the long road towards the 2016 Olympics in Rio.

It’s little wonder other nations – who have watched British track cyclists win seven out of the available 10 gold medals at both the 2008 and 2012 Olympics – are starting to fear the worst already, not just for Rio but for beyond.

“Becky has been has inspiration to me, I train with her every day and hopefully I can be competing with her soon,” said Williamson.

“The experience of the World Championships was all brand new to me but I learned so much just from being there.

“British cycling is a very competitive environment, you can never relax as everyone is striving to be the best in the world.

“You can’t look ahead too far or get a little bit complacent because of all the talent you are surrounded by.”

Double Olympic champion Victoria Pendleton has certainly inspired the generation that will follow her storied lead, as she sits back and enjoys the sport from retirement.

In addition to James and Williamson there is Jess Varnish, an Olympian and two-time world medallist, and rising sprint stars Dannielle Khan and Rosie Blount.

They are all aiming for two likely spots on the Rio team but Barker – who joined forces with Olympic champions Laura Trott, 20, and Dani King, 22, to win her first senior rainbow jersey in Minsk – believes her timing could be spot on.

From next year the women will race a team pursuit over 4,000m rather than 3,000m with four riders rather than three. That frees up an extra space when, as expected, Joanne Rowsell returns to focus on the track after a spell on the road.

“Great Britain haven’t lost a women’s team pursuit for so long, so I really felt the pressure of coming into the squad,” said Barker, who only took up cycling eight years ago to avoid swimming lessons.

“I’d love to establish myself in the team for the next three years but the change of format means lots of changes to get used to.

“It’s been a strange six months, watching these riders do so well at the Olympics and then being part of the team alongside them.

“It was a great experience and to win a world title at my first big event, especially with all that expectation on us, really gives you confidence.”