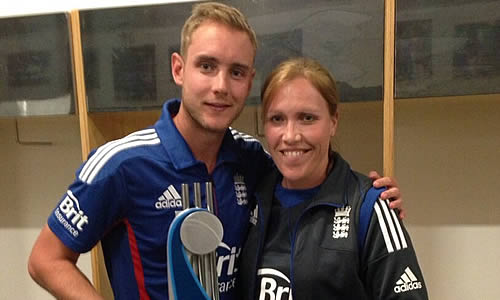 England beat New Zealand by five wickets to win the third one-day international and secure a 2-1 series win in Auckland.

Here is the best of the Twitter reaction, in chronological order, to England’s latest triumph.

England wicketkeeper Matt Prior (@MattPrior13) is struggling to find the means to watch the ODI decider: “How can the game not be on in the hotel?!? What channel is it on in NZ guys? #NZvEng”

Former Liverpool midfielder Didi Hamann ‏(@DietmarHamann) can’t understand why New Zealand’s dangerman is so far down the order: “Good bowling by England …why does McCullum bat down the order? Without Guptill, he’ll come in at 50/4!”

England legend Sir Ian Botham ‏(@BeefyBotham) praises the tourists’ attack: “If England had batted 1st they would have scored 300+ on this wicket…our bowlers awesome….!!”

Following the win, Stuart Broad ‏(@StuartBroad8) is happy to get his hands on the trophy: “Great win again. Nice to get our hands on the ODI trophy!”