IOC president Jacques Rogge calls on wrestling to fight for its Olympic spot, insisting it could still feature at 2020 Games 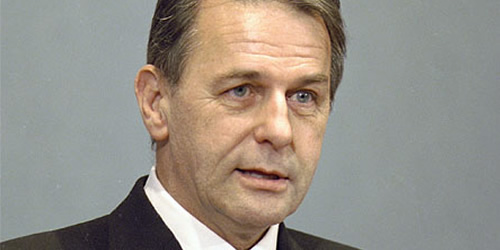 IOC president Jacques Rogge insists that wrestling’s Olympic future is not over, despite the executive board’s decision to exclude it as a core sport for 2020.

Rogge, speaking after the two-day meeting, insisted discussions were already in place to help wrestling regain its Olympic place.

One of the oldest Olympic sports, wrestling will still compete in Rio de Janeiro in 2016, and join seven other sports vying for a place in 2020, and Rogge encouraged competitors to remain positive.

“The vote of yesterday is not a termination of wrestling from the Olympic Games I want to be very clear on that,” he said.

“First of all wrestling will participate in the games in Rio de Janeiro.

“To the athletes who train now I will say, ‘Continue training for participation in Rio’ and I am saying your federation is working towards inclusion in the 2020 games.”

The two-day meeting also saw the shortlist for the 2018 Youth Olympics named.

Glasgow beat the cut to join Buenos Aires, Argentina, and Medellin, Colombia while Rotterdam missed out.

First held in Singapore in 2010, the Youth Olympics will be in Nanjing, China, in 2014 and so will head to Europe or South America for the first time.

Glasgow is already set to host the 2014 Commonwealth Games and so has the infrastructure in place to stage a major international competition.

Glasgow 2014 Chairman Lord Robert Smith congratulated the 2018 bid team and hopes a successful bid will continue their aim of building a sporting legacy.

“Scotland has a growing reputation for staging successful world-class events,” he said.

“Securing the 2018 Youth Olympic Games would be a fantastic opportunity to build on the experience and skills developed through delivering an outstanding Commonwealth Games in Glasgow in 2014.”

The news is also a boost to British athletes hoping to compete at the Youth Games, as funding can be difficult to obtain in the past.

One example is London 2012 taekwondo gold medallist Jade Jones, who relied on donations from residents in her home town of Flint, North Wales, to compete in Singapore 2010.

Let’s bully them! England’s Matt Prior wants to torment Australia