We must score early! Jose Enrique optimistic Liverpool can get past Zenit 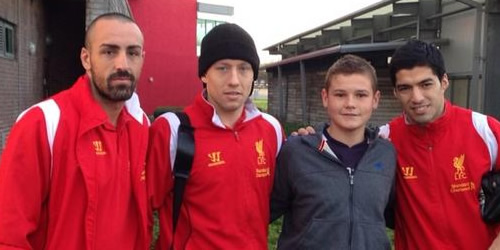 Jose Enrique says Liverpool must score early against Zenit St Petersburg on Thursday if they are to have any chance of overturning the two-goal deficit from the first leg in Russia.

Brendan Rodgers’ side were punished for failing to take their chances in the away leg last week, with Hulk and Sergei Semak beating Pepe Reina in the second half.

Liverpool bounced back from that loss with a resounding 5-0 victory over Swansea City in the Premier League on Sunday, and Enrique is confident the Reds can still reach the last 16.

“It was important to win, that was most important, and then 5-0 of course is good for the team because the next game is the most important for the season and we have to score at least two,” Enrique told the Daily Express.

“It was a good reaction from the team. It was a really hard game against Zenit so it is good for us to have this result because now our confidence is there for the next game, which it is really important we win.

“They [Zenit] spent a lot of money so they have good players so we have to keep a clean sheet and then to score as many as we can.”

He added: “Playing at home, the atmosphere will be very good and the most important thing is to score early, allow the confidence to grow and then we will have a very good chance in the game.

“We have a good chance even though we lost 2-0. If we can stop them scoring and have a clean sheet that will give us a good chance because I know we can score at home.”

Liverpool transfers: Arda Turan wants to play in ‘another league’