Man City transfers: Juventus midfielder Arturo Vidal says he wants to stay in Turin despite interest from a host of Europe's top clubs 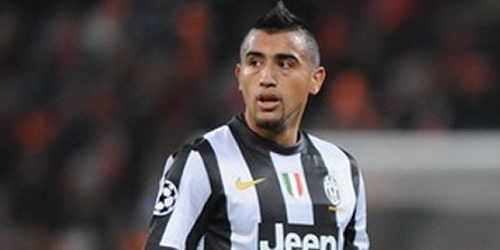 Arturo Vidal has reiterated his desire to stay at Juventus for “a long time” despite reported interest from Manchester City.

The 25-year-old has been a key player for Juventus since arriving from Bayer Leverkusen in 2011, helping the Turin side win the Serie A title last season.

The Chile international has continued his fine form in the current campaign, with an impressive return of five goals from midfield in 21 Italian top-flight appearances.

Vidal has been linked with a potential switch to one of Juve’s European rivals, including City, Bayern Munich and Real Madrid, but the South American wants to stay at the defending Italian champions.

“Juventus are the strongest team in Italy. I am playing here and I want to stay at this club for a long time and win silverware wearing this jersey,” Vidal told Corriere della Sera.

“Our biggest strength is that we always act as a team. There’s great harmony both on and off the pitch.

“We have the quality to compete with any team. I think we have what it takes to win both the Champions League and the Scudetto.”