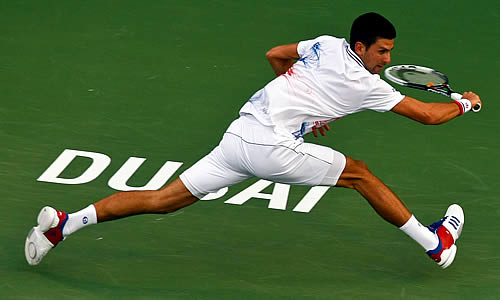 And so, after a brief sojourn in Europe and North America, the men’s tour bids farewell to the indoor courts and moves back beneath the heat of the sun and the glow of the moon.

For some, the hot hard courts of the Australian Open must seem a mere blink away, especially for those who did not take part in the short indoor swing at all—notably No1 in the world Novak Djokovic and the man he defeated in Melbourne’s final, No3 Andy Murray.

Another group simply turned their backs on winter and the indoors to enjoy instead a month of tennis in South America. Those who love both the clay and the Latin beat could play up to four tournaments in the “Golden Swing”—this year highlighted by the return of Rafael Nadal after eight months’ absence.

It means that the men’s tour takes very contrasting routes to the first Masters of the year, the double-headed Indian Wells and Miami.

Murray will hit California with no tournament preparation at all. Nadal and David Ferrer will head from South to North America, clay to hard courts, direct from the 500 in Acapulco. For some, the build-up starts and ends in the USA—the likes of Milos Raonic, John Isner and Tommy Haas play indoors in Memphis and outdoors in Delray Beach.

But bridging the two phases—indoor to outdoor, clay to hard—is the tournament voted the Players’ Favourite 500 for eight of the last nine years, the Dubai Duty Free Championships. And it invariably boasts the best draw on offer between Melbourne and Indian Wells.

So what is it that draws the cream of tennis to the city that sits at the intersection of Europe, Asia and Africa?

To start, it offers the biggest purse—$2.5 million—between the Australian Open and one of the richest Masters of the year.

Its skyline is breathtaking, its transformation of the desert into a luxurious resort is ambition on a grand scale. Best of all, its climate—always warm and invariably dry—makes it the ideal proving ground for the hard-court rigours ahead.

With the women’s event reaching its Saturday climax in their $2 million Premier event, the top men prepare to take to Dubai’s shimmering stage, spearheaded by Djokovic, who is breaking cover for the first time since winning the Australian Open.

At the bottom of the draw is part-time Dubai resident, Roger Federer, back to his regular training ground after playing the indoor Rotterdam 500 last week. Between them, the top two seeds have won the Dubai title eight times in the last 10 years, and five-time champion Federer is defending his title.

Lined up for the 21st playing of the Dubai 500, though, are 30 other men all intent on preventing the progress of the top two. Four more of the current top 10—Tomas Berdych, Juan Martin del Potro, Jo-Wilfried Tsonga and Janko Tipsarevic—head the list, with world No19 Andreas Seppi and No32 Mikhail Youzhny, who is playing here for the 12th time, rounding out the eight seeds.

The draw, as can so often happen, managed to shoehorn a stronger set of rankings into one half than the other.

Of the six top-10 players in the draw, the returning Serb finds only one other in his half—a possible semi-final match against del Potro. He begins against fellow Serb Viktor Troicki, who has lost the last 12 of their 13 meetings.

Then comes a mix of old and young talent: David Goffin made his breakthrough last year, finding some success on all surfaces, while Lukas Rosol has grown in stature since beating Nadal at Wimbledon. The highest seed is Seppi, close to his highest ever ranking, but he has a tricky opener against Paul-Henri Mathieu.

Del Potro arrives with an impressive indoor run of match-wins, most recently the title in Rotterdam, though he went back-to-back into Marseille where he lost to Gilles Simon in the quarters.

He has one of the best-looking first-round matches against Marcos Baghdatis, who scored a couple of good wins in Rotterdam, his fourth event this year already. He is looking in decent form and should give del Potro a tough work-out. The rest of this quarter is a mixed bag—no fewer than three qualifiers—and the lowest seed, Youzhny, as the other end.

The big Argentine’s record against Djokovic is not encouraging: His only win in four meetings last year was in the bronze medal match at the Olympics. Much will depend how match-sharp Djokovic is, but his early rounds should knock off any rust—and the del Potro legs may be a little weary. In short, it’s hard to see the Serb falling short of the finals.

The defending champion faces a nice opener for the home crowd, Tunisian wild card Malek Jaziri, followed by either Marcel Granollers or Albert Montanes, so he should advance to the quarters of what is almost as close to a home tournament as Basel is in the autumn. 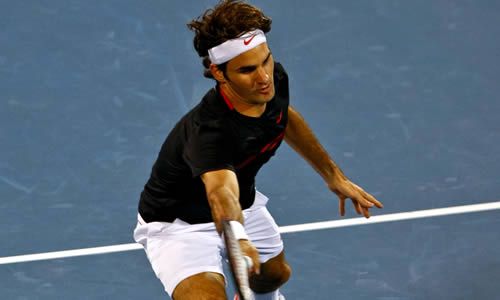 There, he is slated to meet No6 seed Tipsarevic, though the Serb has a far from straightforward opener against Nikolay Davydenko—the Russian was a finalist in Doha, though has won only two matches since.

Also in this segment is 20-year-old Bernard Tomic, who won his first ATP title in Sydney in January. He is maturing as a player, provided great entertainment against Grigor Dimitrov in Rotterdam and would surely like a stab, after four losses, at Federer in the quarters.

But it is the other bottom quarter that provides the greatest intrigue as the No6 and No7 ranked men, Tsonga and Berdych, line up for a sixth time in the quarters. The Czech won all three matches last year, though the last two went to a third set but, more intriguing, both have had success against Federer—a potential semi contest.

Berdych has the kind of firepower to really press the Swiss: He won their last match in the quarters of the US Open and has won in four of their last seven meetings. Meanwhile Tsonga met the No2 in one of the most compelling matches of the Australian Open, a five-set thriller, twice beat him in 2011, and pushed him to three sets in both World Tour Finals matches at the end of 2011.

Tsonga meets Michael Llodra in his opener, and his fellow Frenchman has played a good indoor season, stretching del Potro to the limit in Marseille this week. This has the makings of a very entertaining encounter.

Federer will need to find stronger form—and make fewer errors—than the tennis that characterised his matches in Rotterdam. He needs time on court after his intervening trip to South Africa. If he doesn’t, both Berdych and Tsonga are big threats with, even more so, Djokovic in the final.

Ahead of Indian Wells, this will certainly be an important marker for them all, but especially as Federer is defending yet another title there.