Federer on pink shoes and retirement, Djokovic on his brothers, Del Potro on Maradona & Berdych rants about time warnings

So the prestigious, award-winning, $2m Dubai Duty Free Tennis Championships are down to the last eight, and each of the quarter-finals has its allotted seed.

What’s more, the first two, the top ranked players in the world, have won this particular title eight times between them and are on track to meet again in the final, just as they did in 2011.

In short, it could not be going better—for the players who committed to the event, for fans, for sponsors…and for Dubai.

But before the contenders even got this far, they produced shots to relish on court and words to relish off it. Here is just a sample. 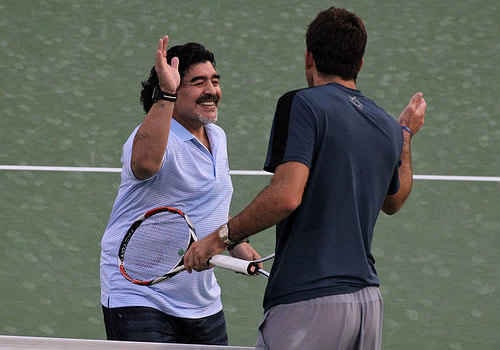 Del Potro on his exchange with Diego Maradona:

“He played really well, not like soccer, but he hit the balls with me. All the Argentinian people love him and he’s our No1 representative in the world in sports…We love to play soccer—maybe if I change the sport, he can be a very good coach for me!”

“The greatest ever? I think so. Messi is getting closer. Messi can be bigger than Diego maybe in the future but they are fighting for a very special place, you know, maybe the best or the most important person of the world…and they are from Argentina, so I’m so proud for that.”

Del Potro after his two and a half hour battle against Marcos Baghdatis, which he won in a final set tie-breaker:

“Was it tough out there?”

“What do you think? Of course! Yeah, I was fighting every time of the match…I got lucky [on that match point]…you need a little luck to win these kind of matches.” 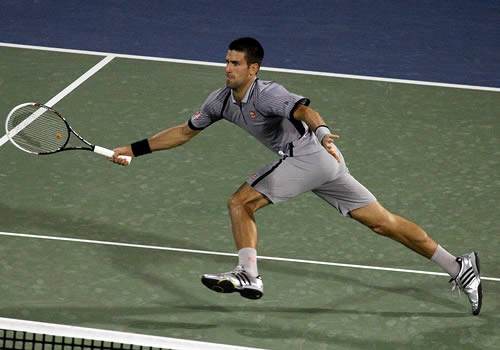 Djokovic on his brothers trying to follow in his footsteps:

“It’s a bit of a longer process, I think, for them than it was for me at that age because, yes, I did have a tough time growing up but still didn’t have anybody in front of me so I didn’t have that kind of pressure and expectation from somebody to succeed in tennis, but they have. It’s not easy.”

Djokovic on his confidence:

“Mentally I do feel relief a little bit more than I did at the start of 2012. Because following up 2011 was an extreme challenge for me—mentally mostly because I still played really well but I knew I was No1 in the world and had to defend Grand Slam titles, three in the whole year—that was very challenging, so I consider finishing the year as No1 in the world in 2012 maybe even a bigger success than 2011. Right now I feel great, I learned my lesson, I understood the experience I went through, and I’m ready for new challenges.

“I’m not thinking about another streak and trying to overcome the one I had in 2011. It’s really hard to ask of myself something that basically may be impossible. But knowing I’ve made it gives me that mental edge and confidence that I need to approach every tournament with self-belief.” 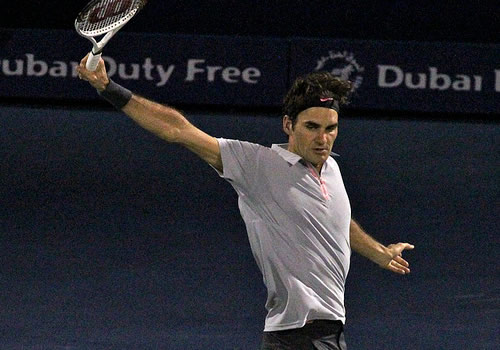 “Right now I’m focused on right now—match tomorrow… About the next few years, I just want to give myself the best possible chance to play as long as I can. And then eventually it will be clear that it’s time to stop, but the time’s definitely not now, and we know things change very quickly. Got to be ready and open for it, and I am. I’m not being naïve that I can play for another 15 years, but I’d like to give myself a chance to play for many more years to come.”

Federer, on being pushed to three sets by Jaziri:

“I heard he didn’t play a match last year. I think that also played on my mind, knowing that he has this huge knee brace, tape, not having played this year. Yeah—[laughing] gotta win, right?” 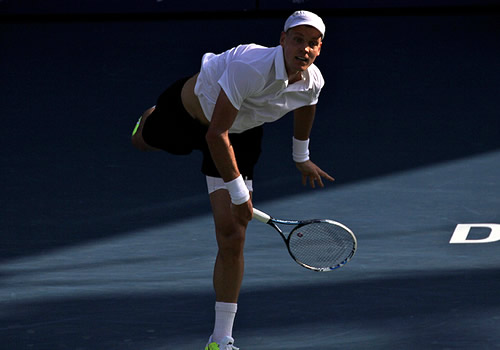 Berdych, becoming very animated about the application of the 25-second timing penalty [violation warning for first offence, loss of first serve for the second]:

“I don’t like it. I’m not a fan of it. I don’t see any single reason why to have this rule. What could be positive on this? What could work? If they want to go like that, then I think it should be more clear what’s going on…

“I mean it’s so simple. Let’s put the clock there, and then everybody goes by the clock. Simple as that.

“It’s really inconsistent. It’s not a matter only on my serve. I mean, what should I do with the ball boy. Should I run to pick up the ball instead of him? I mean you just stand there waiting for the ball, just waiting for the guy. What can you do? The time is running.”

Federer talks about the pink shoes and his sartorial preparations:

“That’s the problem. I come to the net and the guy knows. It ain’t good, you know. Definitely not camouflage!

“But every shoe colour, track suit and so forth, every special item that I receive, all that stuff gets approved [by me]. It’s almost a one-and-a-half-year-in-advance sort of planning, so it goes way, way forward. I know already [what I’ll be wearing at Wimbledon next year]. And then we are talking US Open and fall already.

“And I change my outfit 10 to 12 times a year. It’s fun. It really is. Not like a soccer player who plays in the same shirts the whole year. It’s really fun to mix it up.”