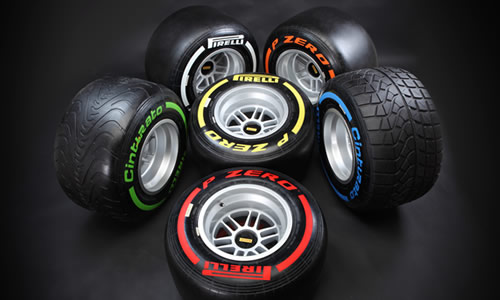 Pirelli has revealed the tyre compounds that it will take to the first four races of the 2013 Formula 1 season.

For the first time, its super-soft tyres will be used at the season-opening Grand Prix in Melbourne, Australia, along with the medium compound.

The organic hard and white medium tyres will be taken to the Malaysian Grand Prix, to “cater for the high temperatures and abrasive surface that is a well-known characteristic of the Far Eastern track”.

The medium and soft compounds will be used for the third Grand Prix of 2013 in China, while a fourth different combination – the soft and hard compounds – will be taken to Bahrain.

Let’s bully them! England’s Matt Prior wants to torment Australia