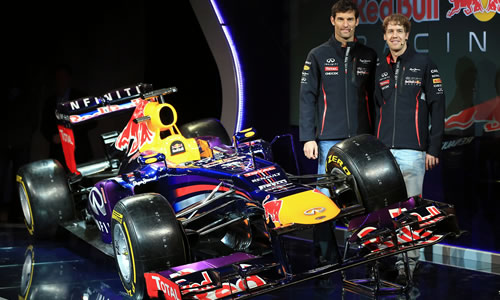 Mark Webber is certain that he can mount a serious challenge for the 2013 Formula 1 title with Red Bull.

But the 36-year-old is sure that he has a good chance of pipping the German to this year’s crown.

“Yes I do believe I can have a crack at the championship again this year as I have done in previous seasons,” Webber said at the launch of the new RB9.

“That’s my goal and that’s what I’m getting up each day thinking about and working hard with the team on doing that.

He said: “As we know, Helmut can be outspoken at times and certainly his comments reflected his opinion and sometimes things can be misinterpreted as well, but if we weren’t happy with Mark we wouldn’t have signed him to be with the team for this year.

“We’re very happy with Mark and we give both drivers equal opportunity and it’s ultimately down to what they do on the circuit. Certainly within the team that very much is the opinion and the approach and we will continue to do that.”