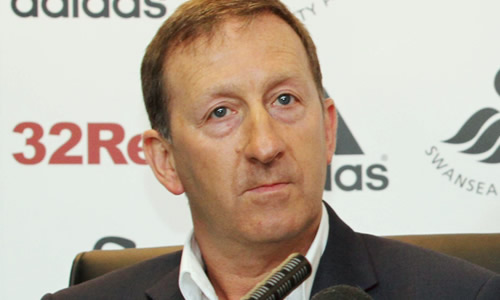 Huw Jenkins is convinced that Michael Laudrup will remain in charge at Swansea City next season following his brilliant start at the Liberty Stadium.

The former Denmark international steered the club to its first major trophy with Sunday’s 5-0 thrashing of Bradford City in the League Cup final.

Laudrup has been touted as a potential successor for Jose Mourinho at Real Madrid should the Portuguese coach quit the club in the summer.

But Swansea chairman Jenkins is already looking forward to next season, and revealed that the Welsh club have held preliminary talks about a contract for Laudrup, who took over last summer.

“Personally I have no issue about the thought of him [Laudrup] not being here next season, I think he will be here and he’s stated he would honour his contract,” Jenkins told Sky Sports.

“Michael has stated before he wants to be here next season. If you look at his career before he came here, he needed to find the right club and stability in himself as a manager.”

Jenkins added: “We have been talking about a new deal, but Michael touched upon it himself that if he had a 10-year contract it makes no difference [to the speculation].

“We have security until next summer when his current two-year deal finishes and we’ve got a period of time to make sure we have more security on that and that’s something we will be looking at over the next few weeks.”