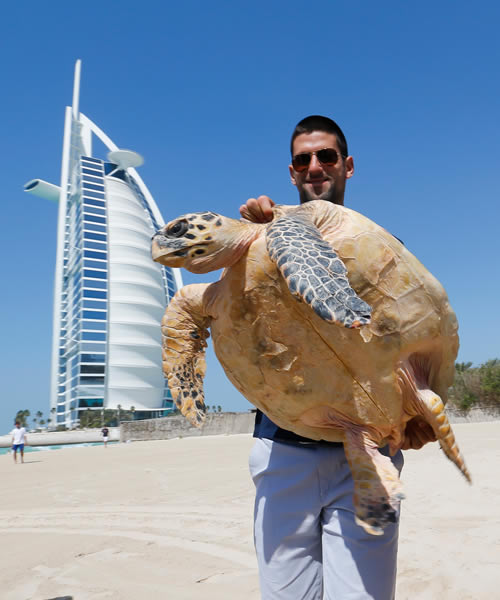 Novak Djokovic has taken a little time out to meet some local residents ahead of next week’s Dubai Championships.

The world No1 has issued his backing for a local turtle rehabilitation project as he limbers up for his first tournament since the Australian Open.

He was introduced to two young critically endangered hawksbill sea turtles that are under primary rehabilitation at the Burj al Arab facility on Friday.

He then met a larger turtle that had completed its primary rehabilitation which he named Leonardo after his favourite mutant ninja turtle character as a young boy.

Djokovic wrote on Twitter: “Today I had a chance to participate in a turtle rescue project here in Dubai :) Beautiful experience!

“I’m taking Leonardo, the turtle, for a swim. I was super careful because this boy is not so light – 30kg! :)”

Novak then helped transport the 30 kilo turtle to the rehabilitation pen at Mina A’Salam, and was invited to return to tag Leonardo when he is ready for release in May. 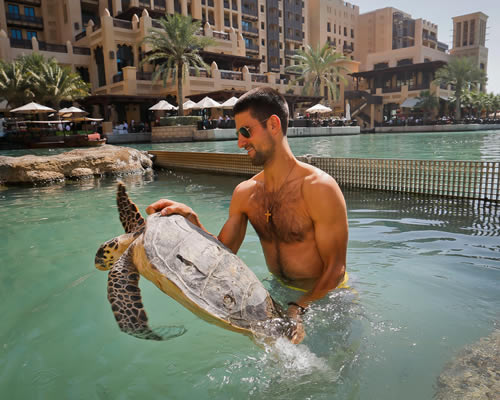 The project has been in operation since 2004 and has helped to secure the release of more than 550 rescued sea turtles.

The 25-year-old Djokovic is gearing up for next week’s Dubai Duty Free Tennis Championships as he aims to recapture the title he held from 2009 to 2011.