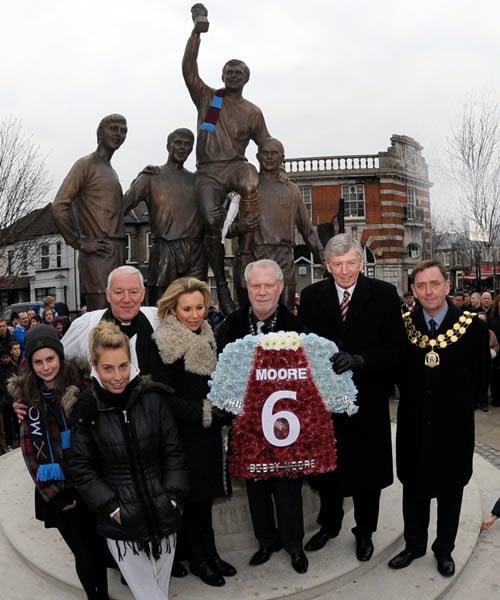 They gathered at the Champions statue at the corner of Barking Road with Green Street in Upton Park, just yards from the stadium, to pay their respects on behalf of the club to the late England and Hammers captain.

“It was a lovely service and it is an honour for us all to remember Bobby today, on what is the 20th anniversary of his sad passing,” Gold told West Ham’s website.

“He was our England World Cup winning captain, but also more personally for us all here at West Ham, a legend at our club and always will be.

“It was great to see so many West Ham fans turn out in what was bitterly cold weather. But they wanted to pay their respects to a man who we hold very dear at this club.

“Bobby will continue to be remembered at our club. There were many fans here today who are too young to remember him or didn’t see him play. I was one of those fans who did see him play and have, like many others, my own special memories of Bobby.”

The service kicks off a number of tributes that the club will pay to Moore, continuing with activities around their Premier League match against Tottenham Hotspur on Monday night.