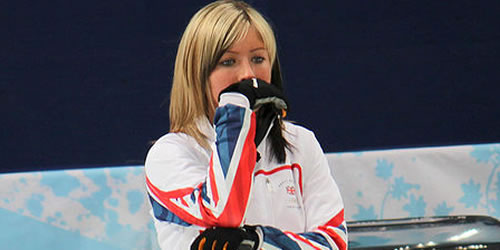 The 2013 World Ski Championships in the Austrian resort of Schladming came to a close on Sunday and capped a frenetic two weeks on the slopes.

And though the Winter Olympics are still a year away, the past fortnight has served as a real barometer for those who will be going for gold in Sochi.

There was a real danger that the championships would pass by without a single individual skiing gold medal for the home nation. This, for a country that mostly comprises mountains covered in snow, would have been a disaster. But, luckily, Marcel Hirscher provided the 30,000 Austrian spectators with reason to cheer in the final race of the championships. Hirscher won the men’s slalom by 0.42s from German Felix Neureuther with another Austrian, Mario Matti, in third. The 23-year-old had won silver in Friday’s giant slalom and was part of Austria’s low-key team gold, but Hirscher matched his achievement at the 2008 Junior worlds, where he also won slalom gold. “It’s been such a tough battle and there was a lot of pressure of course, it’s just phenomenal,” said Hirscher. “I knew the other two were fast, and I had to perform.”

Elsewhere, American Ted Ligety became the first male skier to win three golds in a single championship in 45 years. The 28-year-old blitzed his slalom leg to win the Combined event and also won the Giant Slalom for a second successive championship. After completing the hat-trick, he said: “I am super pumped. This is such a cool feeling. I am glad I’ve done it. It’s been a dream for sure and it’s been a really cool experience.”

He could have made it an incredible four golds, matching Jean-Claude Killy’s achievement from 1968, but he fell out of the slalom course on Sunday.

French racer Tessa Worley won the Giant Slalom on Thursday in devastating fashion to give France its second gold medal at the championships after Marion Rolland won the downhill. Worley posted the fastest time on both runs, and her combined total of 2:8.06s was more than a second ahead of the rest of the field, comfortably surpassing her bronze medal of two years ago in Garmisch. “It was a very tough course and I had to concentrate on myself only, letting my skis go and not do too many mistakes,” said the 23-year-old. “It feels great.”

If Lindsey Vonn is the darling of American winter sports, then she could have a new pretender to her throne. Mikaela Shiffrin won her first world championship gold in the women’s slalom at the tender age of 17, becoming the youngest woman to win the race in 39 years. She beat Austrian Michaela Kirchgasser into second by 0.22s with Sweden’s Frida Hansdotter taking the bronze. “Doing what I did on the hill today, especially in the second run, just skiing, is like dancing or flying,” said Shiffrin. “There’s so many ways that I can describe it. But it just is, and it works for me.”

“It’s been 17 years in the making and everybody says that it comes do fast but it seems like it’s been forever for me. I am just doing what I do and I don’t want to wait.”

Now for a first visit to the curling sheet for The Sport Review winter blog. Traditionally one of Britain’s best medal prospects at any Winter Olympics, curling looks to be in good hands. Scottish due Eve Muirhead and Tom Brewster won their respective Scottish titles in Perth on Sunday, and 22-year-old Muirhead will now lead Scotland at the World Championships in Latvia next month. Brewster, 38, will lead the Scottish men’s team at the World Championships, which take place at the end of March in Canada.

We’ve already had a video of Shaun White using a handheld camera in the halfpipe at the X Games, so now let’s switch to skis. Only this isn’t the slalom or downhill variety. Check out the amazing footage from a ski jumpers helmet-cam. You’ll believe you can fly.