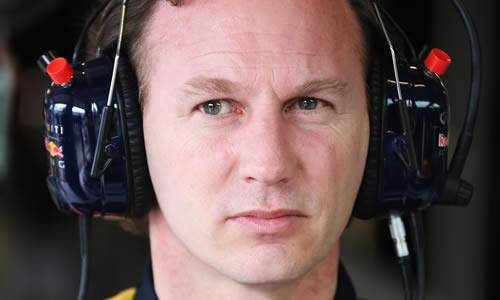 Red Bull team boss Christian Horner had no complaints with the decision to delay Australian Grand Prix qualifying two and three until the morning of race day.

Saturday’s session was cut short due to heavy rain and fading light conditions, despite completing Q1 with Williams driver Pastor Maldonado the big name to go out.

But with the decision ultimately made by race control, FIA chief Charlie Whiting was confident there will be enough time to complete qualifying before the race itself.

“It’s a shame because of the weather but absolutely the right decision was made to postpone qualifying,” said Horner.

“The conditions are just deteriorating too quickly, particularly with the daylight and too much standing water, so hopefully this will blow through and we will be back tomorrow morning.”

Mark Webber was the fastest Red Bull, finishing the session in fifth place, with team-mate Sebastian Vettel two spots behind.

Mercedes new-boy Lewis Hamilton had damaged a rear wing in just his second qualifying lap, clipping the grass and spinning out into the fence.

However, his team-mate, Nico Rosberg, set the early pace ahead of Ferrai’s Fernando Alonso and Lotus’ Roman Grosjean, respectively.

Despite his collision, Hamilton clocked the tenth fastest time of the session with former McLaren team-mate Jenson Button in eighth.

Whiting later said the qualifying had been postponed “to put everyone out of their misery”.

Sunday’s forecast in Melbourne is promising, with sunny spells and dry weather expected, easing fears the race at the Albert Park circuit would be further delayed.