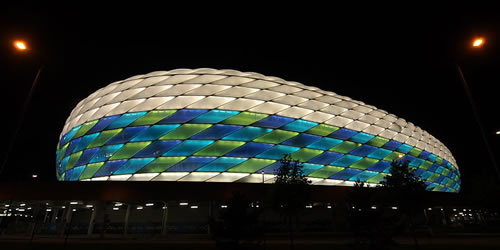 Bayern Munich have progressed from the Champions League round of 16 in three of the last four seasons and look set to extend that sequence when they play host to Arsenal on Wednesday.

The visitors’ challenge has ended at this stage in the last two seasons, with the damage inflicted in the away leg when they conceded four and three goals respectively at AC Milan and Barcelona.

This time round Arsenal look like being undone by a 3-1 home reverse, their second loss in four home games in this season’s competition. Only twice have a team come back from losing at home in the first leg of a Champions League tie.

Arsenal midfielder Jack Wilshere has been ruled out for three weeks with an inflamed ankle, Gunners boss Arsene Wenger confirmed on Tuesday morning.

Jerome Boateng scored his first Bundesliga goal in his 130th German top-flight match as Bayern twice came from behind to beat Fortuna Düsseldorf 3-2 on Saturday. With Borussia Dortmund and Bayer Leverkusen both losing, Jupp Heynckes’ side are now 20 points clear at the summit.

The Gunners were not in action at the weekend as scheduled opponents Everton FC were in FA Cup action. Arsenal’s own ambitions ended with a 1-0 loss to second-tier Blackburn Rovers FC on 16 February in the last 16, suffering FA Cup elimination by lower-league opposition for the first time under Wenger. It was their first FA Cup defeat at home in 35 matches.

The teams met at this stage in the 2004-05 competition when Bayern again established a 3-1 first-leg lead, this time at home, Claudio Pizarro scoring the first two goals. It was enough to take them through to the quarter-finals, with Arsenal 1-0 winners in the return.

The Gunners began the campaign with a 2-1 away win against Montpellier but have won only four of their last 16 Champions League away games, losing nine.