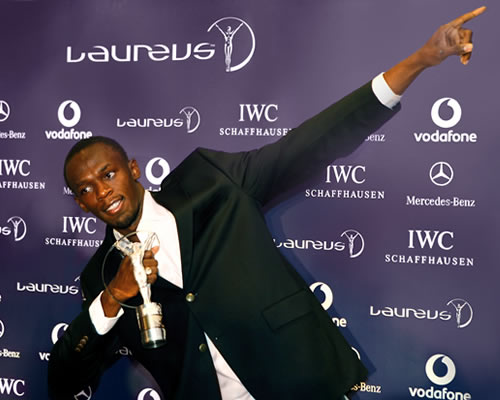 In a great wave of Olympic afterglow, a trio of Britons who headlined London 2012 have taken major prizes at the Laureus World Sport Awards in Rio de Janeiro.

The World Sportswoman of the Year Award went to Jessica Ennis, the face of the Olympics in London. Despite the enormous pressure of being one of the first to take to the athletics track, she dominated the heptathlon, winning the gold medal with a British record score of 6,955 points.

British tennis star Andy Murray, with his first Grand Slam victory at the US Open, plus an Olympic gold and silver medal in the singles and mixed doubles in London, made him the winner of the World Breakthrough of the Year Award.

The British Olympic jamboree was completed by the most prestigious accolade of the evening, the Lifetime Achievement Award. Sebastian Coe is a long-standing member of the Laureus Sports Academy, and he was recognised by his peers for his role as Chairman of the Organising Committee of what is widely regarded as one of the most successful Olympics and Paralympics of the modern era.

The World Sportsman of the Year went, not surprisingly, to Usain Bolt—for the third time—for his remarkable performance at the Olympics where he repeated his Beijing success by winning gold medals in all three sprint events in London: 100 metres, 200 metres and 4 x 100 metres relay.

Another outstanding Olympic champion, the Dominican Republic’s Felix Sanchez, received the World Comeback of the Year Award after winning the Olympic 400 metres hurdles gold medal in London eight years after he won it for the first time in Athens in 2004.

Brazil’s Daniel Dias was the outstanding swimmer of the Paralympic Games, winning six individual gold medals in London, all in world record times, and it won him the World Sportsperson of the Year with a Disability Award for the second time.

The World Team of the Year Award was presented to the European Ryder Cup Team after their victory against the United States at Medinah.

Austrian skydiver Felix Baumgartner, who became the first human to go through the sound barrier when he made the highest ever freefall from 24 miles over New Mexico, received the World Action Sportsperson of the Year Award.

Legendary swimmer Michael Phelps, the most decorated Olympian of all time with a career total of 22 medals, including 18 golds, eight of which he won in Beijing, was presented with a new Award—the Laureus Academy Exceptional Achievement Award.

The awards, which recognise sporting achievement during 2012, were announced at a glittering ceremony at the Theatro Municipal in Rio de Janeiro, which was hosted by Hollywood stars Morgan Freeman and Eva Longoria.

The winners of the awards are chosen by the Laureus World Sports Academy, a panel comprising 46 of the greatest living sportsmen and sportswomen.

Proceeds from the Laureus World Sports Awards benefit and underpin the work of the Laureus Sport for Good Foundation, which supports more than 140 community sports projects in 34 countries around the world, including three in Rio de Janeiro. Since its inception, Laureus has raised €60m for projects which have improved the lives of more than one-and-a-half million young people.

Laureus World Sportsperson of the Year with a Disability: Daniel Dias