Why Lewis Hamilton is likely to regret his move to Mercedes

Lewis Hamilton, one of the sport’s leading lights, seems to have been sold a dream and a promise writes Ed Owen 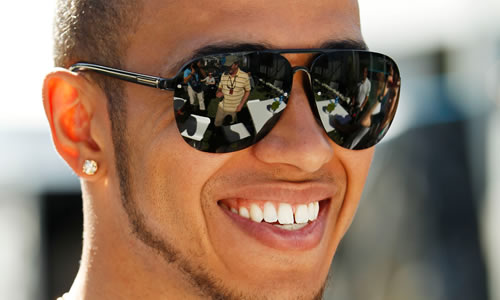 When Lewis Hamilton declared he would be joining Mercedes for the 2013 Formula 1 season, a lot of eyebrows were raised.

After all, this was a world champion in his prime years ending a 14-year association with a world-title-chasing team for a competitor further down the pecking order.

Mercedes have only picked up one victory in their 128 races, and while capable of podium finishes they are not seen as bona fide constructor’s championship contenders.

So why would the 28-year-old go to a team which, while competent, is better known as the graveyard of Michael Schumacher’s storied career?

Simply put, he thinks he can do well. Though he has been cagey about his title chances this year, Hamilton sincerely believes Mercedes will eventually become a title-winning force.

Yet while he may be proved right in the long run, these far-off predictions will fade into irrelevance when Hamilton takes to the starting grid at Albert Park on Sunday.

As it stands, they may not be good enough in the here-and-now to satisfy their premier driver – a man often of short temperament.

Though Hamilton’s 2012 was wracked by bad luck, support team incompetence and a few collisions, these problems were either a matters of random chance or easily fixable.

But the problem Hamilton will face at Mercedes will be overbearing – for his first season, he knows that however well he performs, he is probably going to come up short against his rivals.

Things might get better, but it is difficult to envisage that a ferocious competitor and serial winner such as Hamilton will be happy to see Fernando Alonso, Jenson Button and Sebastian Vettel streak past him.

Despite his divisive nature Hamilton remains one of F1’s best drivers and to be weighed down by potential mediocrity will not suit his ambitious nature in the slightest.

And though Nico Rosberg’s Mercedes posted a time second-only to Red Bull in Australia’s practice session, the 2013 car still remains erratic and unpredictable.

Was this a backward step for Hamilton? Most probably, yes. With the field as intensely competitive as ever, now is completely the wrong time to embark on such a project.

As it now stands, one of the sport’s leading lights seems to have been sold a dream and a promise – if he can stick out the difficult first season, his gamble may come to fruition.

Yet if he doesn’t, we might be watching the sad sight of a man with limitless potential and huge talent witnessing his chance to make a legacy rot away in mid-grid purgatory.

That’s the risk, and it is hard to be convinced that it outweighs the potential glory.