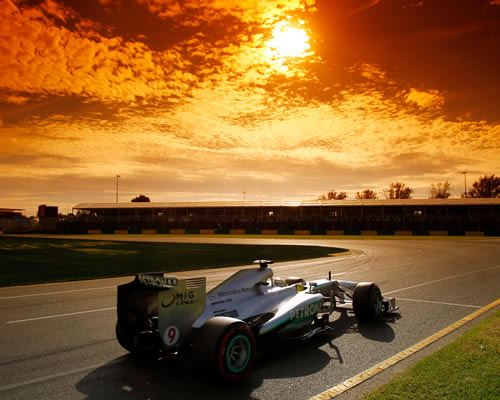 Lewis Hamilton admitted it was “nice to prove people wrong” after his fifth-place finish at the Australian Grand Prix in his first race for Mercedes.

The 28-year-old raised eyebrows with his decision to swap McLaren for Mercedes six months ago but he impressed in the season-opener in Melbourne.

And after finishing four places above his former McLaren team-mate Jenson Button, Hamilton expressed his satisfaction at proving some of his detractors wrong with a solid start to 2013.

“It’s nice to prove people wrong,” Hamilton is quoted as saying by the Guardian. “It has been everyone – particularly all the ex-drivers – a lot saying it was the worst decision ever, saying: ‘He’s going to finish nowhere; they’re going to be nowhere.’

“And then they contradicted themselves, going the other way. They don’t know what they’re talking about. They’re either this way or that way. But it’s the bit in the middle.

“We have done a good job – we finished fifth. We have a lot to work on. We didn’t ever come out and say: ‘We’ll kick everyone’s butt.’ We never said that we would be crap either.

“The team have done well, I’m really proud of my team. I’m proud of my decision as well.”