Malaysian Grand Prix 2013: Lewis Hamilton was at a loss to explain why he mistakenly drove into the McLaren pit-stop box 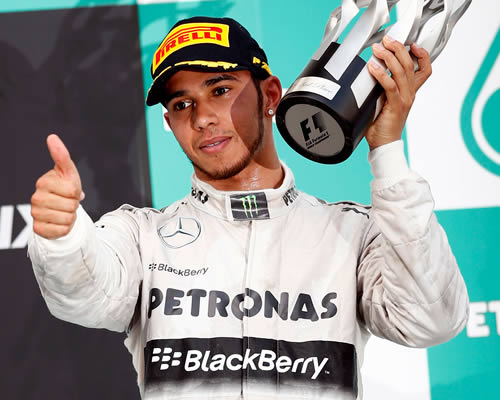 Lewis Hamilton was at a loss to explain why he mistakenly drove into the McLaren pit-stop box during the Malaysian Grand Prix.

Scroll down for video

The 28-year-old pulled into the pit lane for a tyre change and stopped at his former team’s box before realising his error and driving on to the Mercedes garage.

“I don’t know how that happened,” Hamilton told BBC Sport. “The teams look so similar. I have been stopping in that pit box for years.

“[It’s] an easy mistake and hopefully one I won’t make again. I don’t know how I got it wrong, a big apology to my team.”

Hamilton, who won the drivers’ championship with McLaren in 2008, finished third at the Sepang International Circuit behind Red Bull duo Sebastian Vettel and Mark Webber.

After the race, the McLaren team tweeted: “Smiles in the garage after a well-worked double pit stop with an unexpected twist.”

“Feel free to pop in and say ‘Hi’ any time, @LewisHamilton!”

Hamilton, who swapped McLaren to join Mercedes from this year, is now fourth in the drivers’ standings.