Malaysian Grand Prix 2013: We bring you some of the best snaps from the race after Sebastian Vettel led a Red Bull one-two

Sebastian Vettel won his first race of the 2013 season after controversially defying team orders and overtaking his Red Bull team-mate Mark Webber to secure victory at the Malaysian Grand Prix.

Vettel headed a Red Bull one-two, with Mercedes duo Lewis Hamilton and Nico Rosberg close behind and Ferrari’s Felipe Massa fifth after Fernando Alonso crashed out on his 200th race.

Here are some of the best pictures from a captivating race at the Sepang International Circuit in the second Grand Prix of 2013. 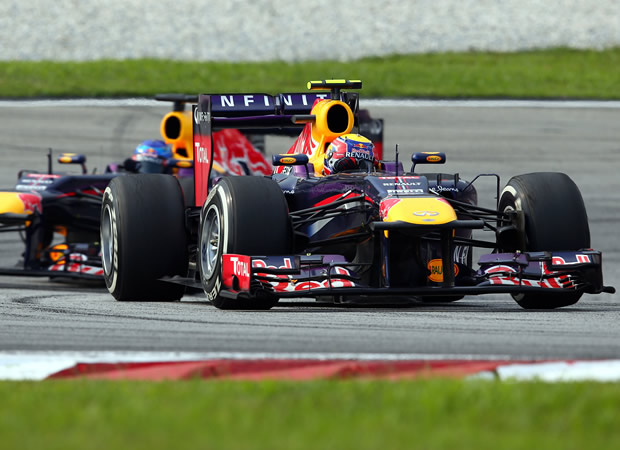 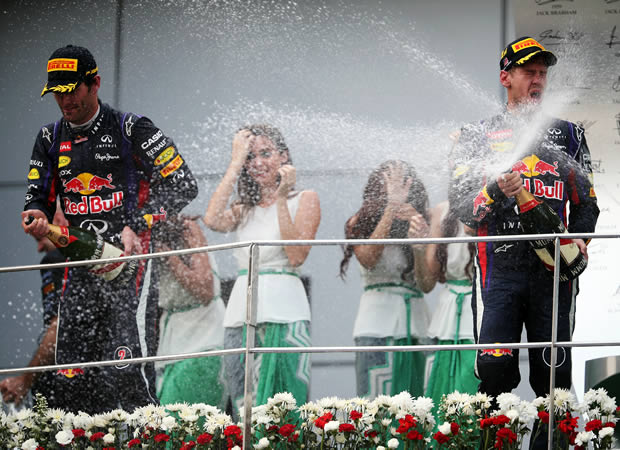 There was visible tension between Mark Webber and Sebastian Vettel on the podium after the race (Photo: Getty/Red Bull Racing) 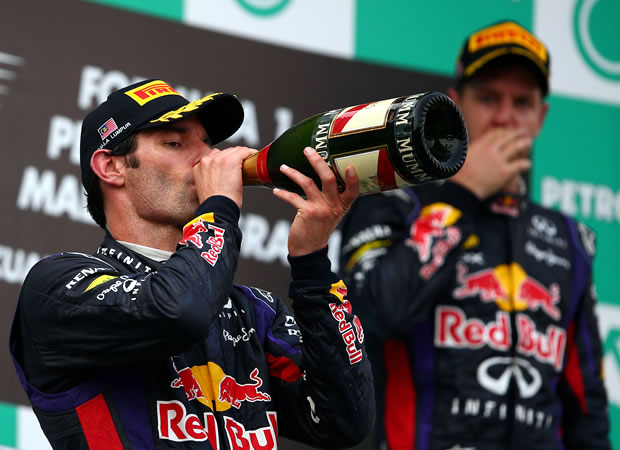 Mark Webber was forced to settle for second place behind his German team-mate, who now leads the drivers’ championship (Photo: Getty/Red Bull Racing) 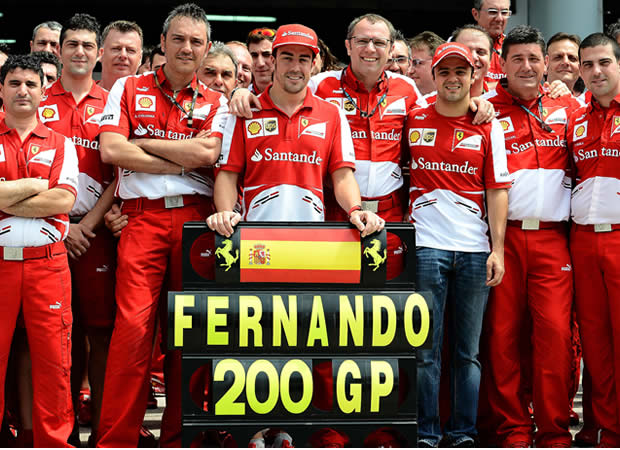 Ferrari’s Fernando Alonso endured a race to forget at his 200th Grand Prix as he crashed out (Photo: Ferrari) 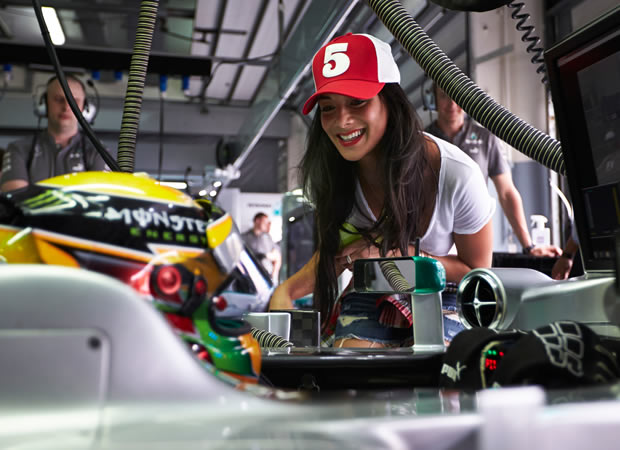 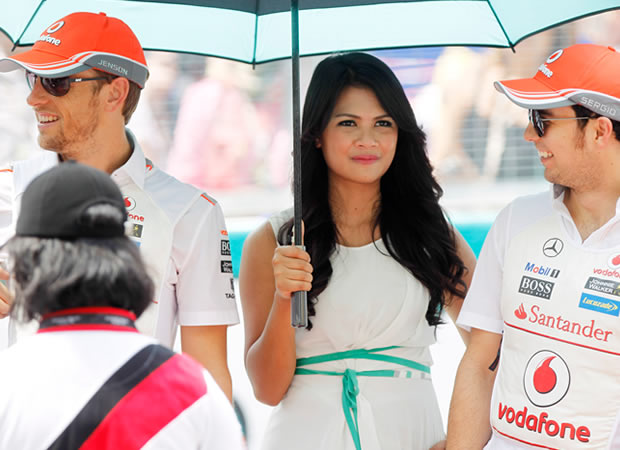 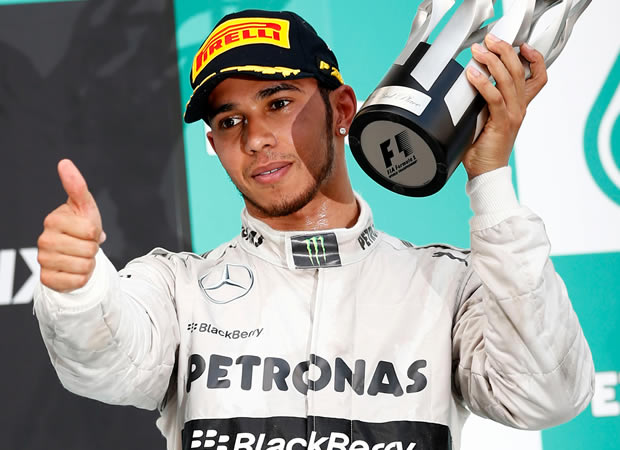