Malaysian Grand Prix 2013: Red Bull's Sebastian Vettel believes that winning at Sepang is one of the most "rewarding" victories 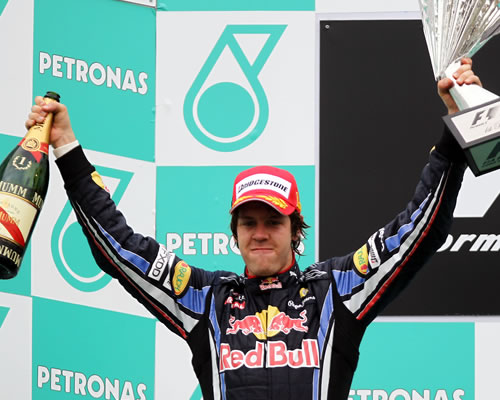 The Red Bull driver heads into Sunday’s race on the back of his third-place finish at the season-opening Australian Grand Prix and is eyeing another victory in Malaysia to add to his triumphs in 2010 and 2011.

“It’s a very rewarding circuit for a driver to win, as it’s such a tough challenge with the heat and high-speed corners,” said three-times world champion Vettel.

“It’s rewarding, as it shows you have prepared well over the winter, so I guess my favourite memories are winning in 2010 and 2011.

“It’s an interesting track. After the first section, Turns 5, 6, 7 and 8 are very quick and fun. Turns 11 and 14 are similar, it’s difficult to find the apex of those on every lap, especially as the tyres become worn.”