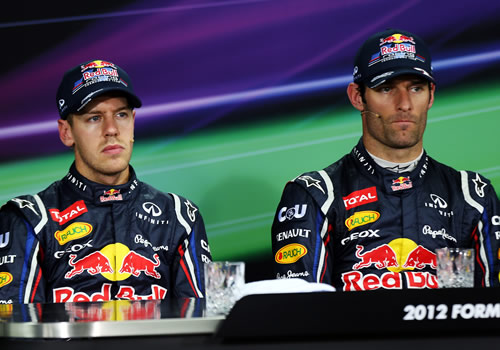 Vettel immediately apologised to a visibly angry Webber following the race – and Marko insists the issue is now closed.

“I don’t think he will do that again,” said Marko.

“In the debrief afterwards, there was the relevant discussions about the race and then there was a handshake between the two drivers.

“For us, now, the issue is settled.

“They don’t have to be completely on the same page but it must be a solid working partnership.”

Speaking after clinching his first race win of the season, defending world champion Vettel conceded that he “messed up” and issued an immediate apology to his Red Bull team-mate.

“I messed up today,” said Vettel. “I would love to come up with a nice excuse as to why I did it, but I can’t.

“I can understand Mark’s frustration and the team not being happy with what I did today; I owe an explanation to him and the whole team. I will try to explain to them later.”