Sunderland’s Craig Gardner: Martin O’Neill is one of the best managers 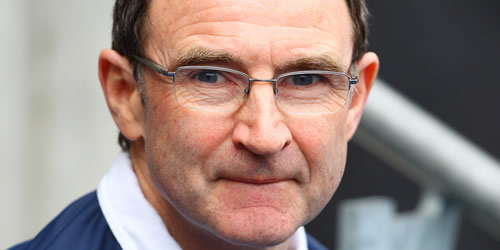 Craig Gardner has issued his backing for under-fire Sunderland manager Martin O’Neill as the Black Cats look to avoid relegation from the Premier League.

Sunderland are just four points ahead of 18th-placed Wigan Athletic after O’Neill’s men shared the spoils in a 1-1 draw with Norwich City on Sunday.

The 61-year-old replaced Steve Bruce as Sunderland manager in December 2011, and Gardner believes the Northern Irishman is one of the best coaches around.

“I have worked with the manager for seven or eight years. He is one of the best. He is unbelievable,” Gardner told the Journal.

“He turns things around at times like this. He is one of the best and we will be fine. We just need to dig deep and we will.

“Martin O’Neill is Martin O’Neill. He knows what to do. He has been in the game longer than I have been alive.

“He has been through every single situation possible. He knows what to do. We have the best possible person in charge. He will get us out of it.”

Sunderland face Premier League leaders Manchester United in their next fixture on 30 March.