With lights out at Albert Park just days away, John McDougall takes a look back at the moments that stood out in 2012 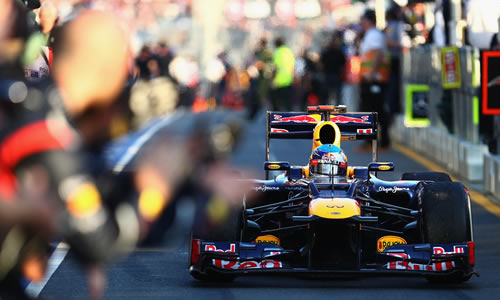 With lights out at Albert Park just days away, 2013 has a job on its hands to match the drama and the racing seen in 2012.

As the business end of the season approached on leaving Europe, Lewis Hamilton was in a strong position to have a say in the championship. Although more than 30 points behind Fernando Alonso, he was second in the chasing pack hunting the Spaniard down. Despite starting on pole though for the night race in Singapore, reliability issues came back to haunt him as he was forced to retire with a gearbox failure. It effectively ended Hamilton’s 2012 title aspirations and history repeated itself a month later when he retired from the lead again in Abu Dhabi.

Since suffering life-threatening injuries at the 2009 Hungarian Grand Prix – where a suspension spring hit his helmet at 162mph – Felipe Massa has not looked like the same driver. Having played second fiddle to Alonso since his Ferrari return, it looked almost certain 2012 would be the Brazilian’s final season for the Scuderia. But following a fourth place at Silverstone, he went onto score points in ten of the remaining 11 races. The pinnacle of this was the Japanese Grand Prix, where Massa started 11th but finished second – ending the longest run a Ferrari driver had gone without a podium. Just weeks later, his contract with the Maranello-based team was renewed for another season.

Romain Grosjean returned to Formula 1 in 2012 as Kimi Raikkonen’s teammate at Lotus and had an eventful season to say the least. The Frenchman retired from the first two races before coming third in Bahrain. Controversy never seemed to be far away from him though and came to the fore at the Belgian Grand Prix. He made contact with Hamilton and was the catalyst for a first corner crash also involving Alonso. It was the latest in a long line of opening lap incidents involving Grosjean in 2012, and he was suspended for the following race at Monza.

7) Schumacher back on the podium – for the last time

Many had high hopes for seven-time world champion Michael Schumacher’s return to Formula 1 in 2010. After two promising seasons into his comeback – finishing ninth and eighth – 2012 proved to be his most challenging season ever in motor racing. After retiring from five of the first seven races, the European Grand Prix in Valencia proved to be the highlight of his comeback. Schumacher finished third behind Alonso and Raikkonen after starting in 12th, working his way through the field and capitalising on the retirements of others. It proved to be the last time though he set foot on the podium in his long and illustrious career.

6) Perez climbs from 12th to second at Monza

The Italian Grand Prix – hosted at Monza since the sport’s inception – has thrown up some classic racing over the years and 2012 was no exception. It proved to be the pinnacle of young Mexican Sergio Perez’ Sauber career, coming from 12th to finish just behind Hamilton in second. His heroics included leapfrogging both Ferrari’s, firstly Massa coming up to Parabolica before overtaking Alonso a few laps later through Ascari. It helped contribute to a tenth-placed finish by the end of the season and no doubt caught the eye of McLaren, who the 23-year-old now drives for.

In a season that saw seven different drivers win the first seven races, Pastor Maldonado was fifth in line after winning the Spanish Grand Prix in Catalunya. The Venezuelan claimed his maiden victory in Formula 1 and Williams’ first win in eight years. Maldonado qualified on pole after Hamilton was demoted for having insufficient fuel in his McLaren. Despite exchanging the lead with Alonso, the 28-year-old managed to hold off the Spaniard to claim his first win in the sport and Williams’ first triumph in 130 grands prix.

Kimi Raikkonen returned to Formula 1 last season after a two-year spell in rallying and his return enhanced and intensified the competitiveness of the field. With the Finn one of six world champions on last year’s grid, he claimed he sole victory of the season in the desert of Abu Dhabi. He qualified fourth and took the lead when Hamilton had to retire due to a mechanical failure. A rant from the Lotus man mid-way through the race to his engineers makes this round of the 2012 championship all the more memorable.

For the third race of the season in Shanghai, Mercedes’ Nico Rosberg became the third different winner and won the Silver Arrows’ first race in 57 years. The German started on pole ahead of teammate Michael Schumacher and held off challenges to finish ahead of the McLaren duo of Hamilton and Jenson Button. Many thought the German team would kick on and challenge for both championships, but this result proved to be the best it got for them in 2012.

Adrian Newey – Red Bull’s chief designer – has been responsible for creating three consecutive championship winning cars that will go down as all-time great pieces of engineering. With last season’s triumph, the Milton Keynes-based outfit had their toughest win out of the three, but still managed to do it with a race to spare. As Formula 1 returned to America for the first time since 2007 – this time to Austin instead of Indianapolis – and Sebastian Vettel finished second in the RB8 to ensure Red Bull joined the elite club of winning three consecutive constructors championships.

Doubts have sometimes been put on Vettel’s ability to race and go toe-to-toe with other drivers, but the 2012 season finale put those accusations to bed. The German was involved in a first-lap crash with the Williams of Bruno Senna, leaving him in last place and with exhaust damage. As all champions do though, Vettel fought his way through the field in challenging conditions to finish sixth and win his third consecutive world title by three points from Alonso.

Why Lewis Hamilton is likely to regret his move to Mercedes