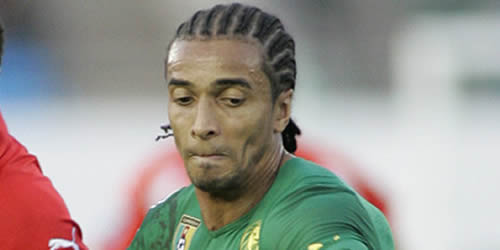 Benoit Assou-Ekotto is wary of the threat posed by Liverpool Photo: M Ennaimi, via Flickr

Benoit Assou-Ekotto admits he is braced for a true test of Tottenham’s Champions League credentials when Spurs travel to Liverpool on Sunday.

Andre Villas-Boas’s men have been in fine form of late and are unbeaten in their last 12 Premier League games.

The north Londoners moved up to third place in the Premier League table last weekend with victory over Arsenal.

And with 10 games left to play this season, Assou-Ekotto has stressed the importance of coming away from Anfield with a positive result as they bid to keep their pursuit of a top-four finish on track.

He told Spurs’ website: “It’s important to win, the more you win the more you have confidence, that becomes spirit and that can change your mentality. Then, when you go on the pitch, you only have one solution and that’s to win.

“It’s a tough game, Anfield isn’t an easy place to go and play.

“They also want to finish in the European places at the end of the season, so it’s important for both teams. Arsenal don’t play, so it’s also a chance to go further ahead.”