Chinese Grand Prix 2013: What lessons did we learn as Ferrari's Fernando Alonso recorded his first win of the season in Shanghai? 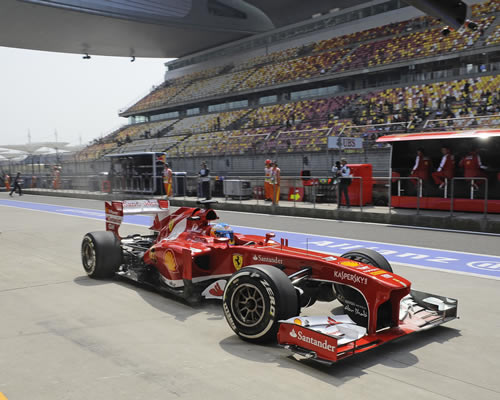 Alonso is a definite title contender and is looking ominous

After crashing out of the Malaysian Grand Prix last time out on lap two, Fernando Alonso needed a positive result to get both his and Ferrari’s championship ambitions back on track. He did just that in Shanghai with a composed drive in a race weekend that went well from start to finish. The Spaniard claimed over the team radio he was taking it easy but still won by more than ten seconds, as his strategy coupled with his immense driving ability paid off. Alonso is arguably the biggest threat to Sebastian Vettel winning his fourth consecutive world title and he proved it once more in China. If the Spaniard puts in more performances like this, don’t bet against him winning his third championship.

Lewis Hamilton claimed his second successive podium in Shanghai, after effectively apologising for finishing third in Malaysia. The Briton had to fight off a late charge from Vettel’s Red Bull on the final lap and was visibly happier with this result than the previous one. The result moves Hamilton fourth in the drivers’ championship and moves the team into the same position in the constructors’ competition. Team principal Ross Brawn admitted to Hamilton over the team radio that the team are still not quite there in terms of challenging the likes of Ferrari and Red Bull. The Brackley-outfit will no doubt be delighted with how Hamilton has taken to the team, but must be disappointed with the way Nico Rosberg has started the season. His second retirement of the season in Shanghai was down to mechanical problems and these have impacted on Mercedes’ slim title aspirations. They need to iron out the issues on one side of the garage to help the other side out and benefit the entire team.

Since taking over from Bridgestone as the sole tyre supplier in 2010, Pirelli have more than played their part in some fantastic racing over the past four seasons. This was again highlighted in China as the tyre options and degradation rates threw up some intriguing strategies and exciting races. The soft tyre had a maximum life of no more than six laps and front runners Vettel and Jenson Button switched to them shortly before the end to fulfil their obligations. Button, in an admittedly off-the-pace McLaren, managed to catch Felipe Massa in his superior Ferrari to clinch fifth place. Vettel, with fourth place guaranteed, staged a late charge against Hamilton in third, which was ultimately in vain but it added some excitement. Race winner Alonso, usually an incredibly aggressive driver, managed to adapt his strategy to coax more life out of the medium tyres. This helped get the victory, highlighting that understanding the Pirelli rubber makes the difference between finishing first and second.