Chinese Grand Prix 2013: Mercedes' Lewis Hamilton was left to rue a lack of pace after he finished third in Shanghai 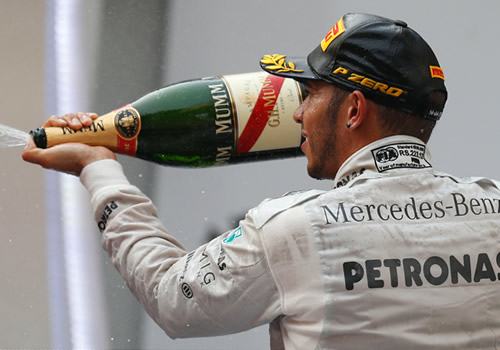 Lewis Hamilton has been left to rue Mercedes’ lack of race pace, despite finishing third at the Chinese Grand Prix.

“We just don’t have the pace of the Ferraris and the Lotuses in the race conditions,” said Hamilton, who had started on pole but finished behind Fernando Alonso’s Ferrari and Kimi Raikkonen’s Lotus.

“I’m not sure where we’re losing out. There’s definitely a couple of areas that we can focus on on the car but we’ve got to bring some more updates.”

Hamilton was initially cautious over his chances of victory, and it was clear during the race that his Mercedes did not have the pace to challenge Ferrari and Lotus.

“After this I will go and analyse a little bit and try to figure out whereabouts we’re losing the time and see if we can zone in on that and try to improve there,” he added.

“You’ve got to remember that as we progress everybody else is progressing at the same time.

“So we’ve got to do double steps compared to what the other people are doing. The guys are doing a great job at the factory but it’s difficult to know how long it will take us [to catch the frontrunners].

“It’s difficult to know how much pace we will need because in qualifying we are there but in race conditions we are not. Who knows, the next race might be a real good one for us.

“I was seeming to be able to apply a little bit of pressure to Kimi but not enough to get close to him and overtake,” he said.

“My tyres were shot at the end and there was nothing I could do really to hold off Sebastian. [I was] a little bit unlucky with some traffic. But I just managed to hold onto it.

“I would have loved to have won and I never like going backwards. Still, to get on the podium, really happy. Really happy with the points as well.”