Chinese Grand Prix 2013: We bring you the best pictures from Sunday's race in Shanghai as Fernando Alonso claimed a classy victory

Fernando Alonso staked his claim for the 2013 drivers’ title after an imperious drive comfortably won him the Chinese Grand Prix in Shanghai.

The Ferrari driver finished ahead of Lotus’ Kimi Raikkonen and Mercedes’ Lewis Hamilton, who had started from pole position.

Alonso is now third in the drivers’ standings behind leader Sebastian Vettel and Raikkonen.

Here, we bring you the best pictures from Sunday’s race in Shanghai. 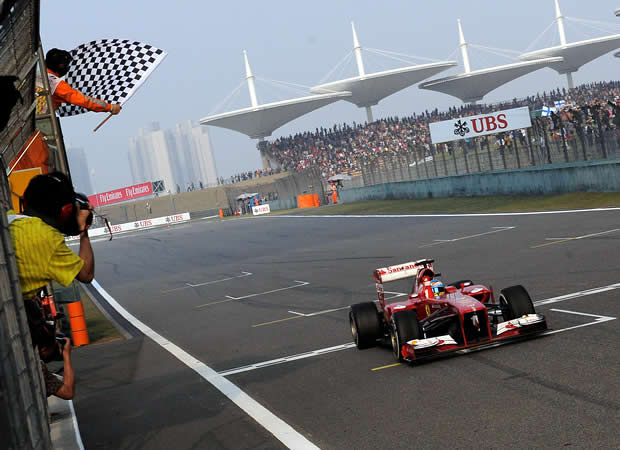 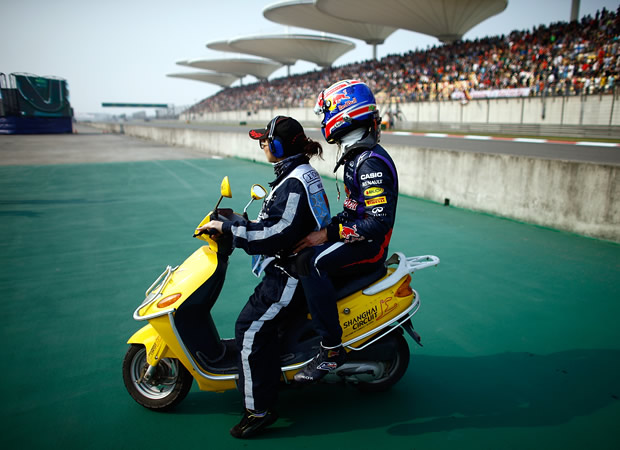 Need a lift? Red Bull’s Mark Webber jumps on the back of a scooter after he was forced to retire barely a third into the race when his wheel fell off (Photo: Getty Images/Red Bull Racing) 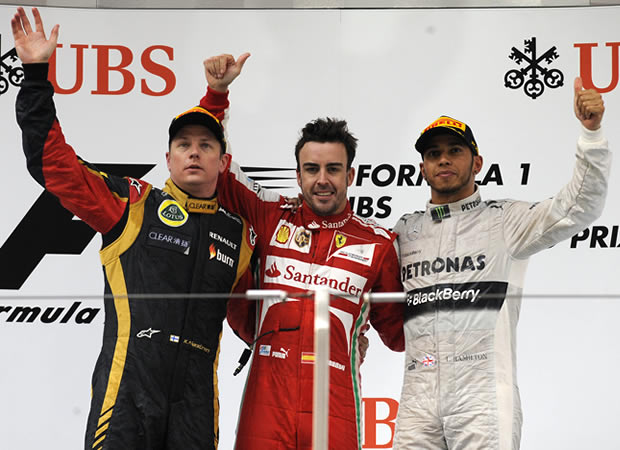 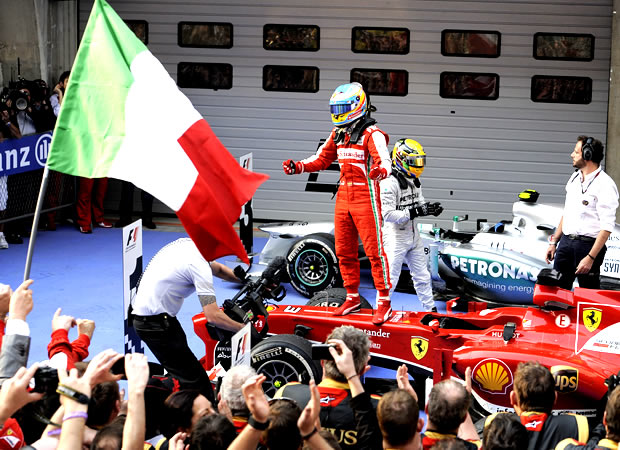 Victory: A jubilant Alonso jumps onto his Ferrari after his classy drive earned him the win (Photo: Ferrari) 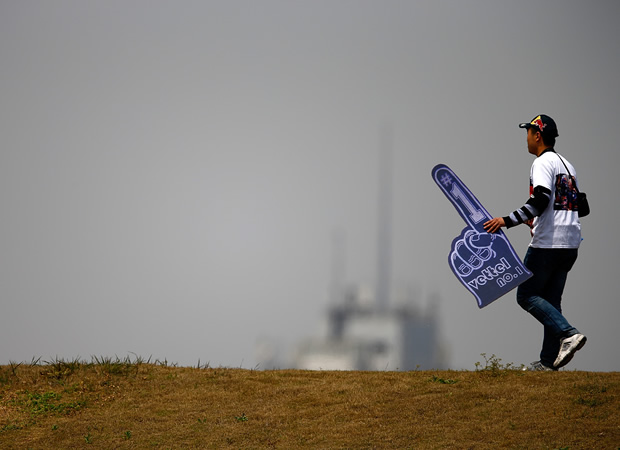 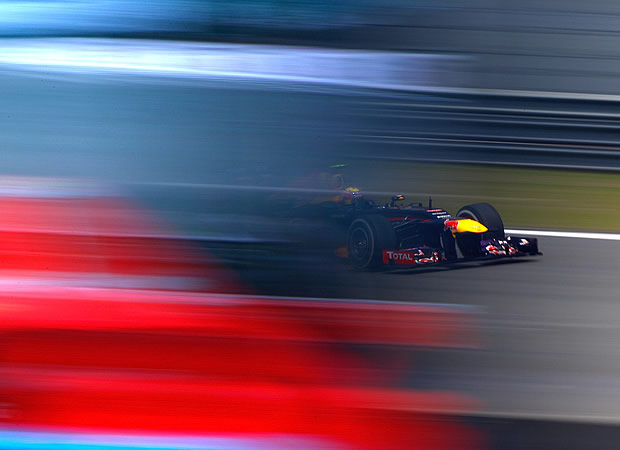 All a blur: Webber in action before he the Australian was forced to throw in the towel (Photo: Getty Images/Red Bull Racing) 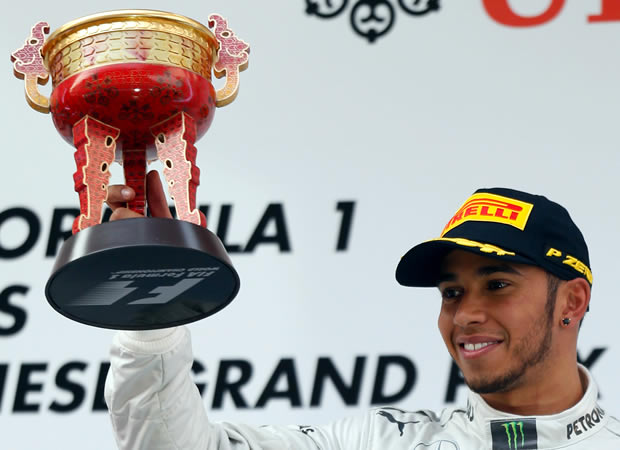 Mixed emotions: Lewis Hamilton was forced to settle for third place in Shanghai despite starting the race from pole (Photo: Mercedes AMG Petronas)