Chinese Grand Prix 2013: ‘Shanghai produces some of the best races’

Chinese Grand Prix 2013: Pirelli chief Paul Hembery believes that Shanghai can produce some of the most exiting races 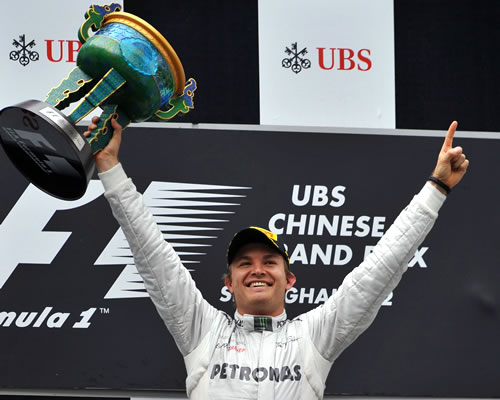 Pirelli chief Paul Hembery believes that the Shanghai International Circuit can produce some of the best races of the season ahead of this weekend’s Chinese Grand Prix.

And Hembery is expecting a similarly exciting race this weekend, with Pirelli having nominated its white medium and yellow soft tyres for the third Grand Prix of the season.

“China has often produced some of the best races of the year, where strategy has been at the forefront of the action,” said Hembery.

“With all our compounds having got softer this year the degradation is deliberately more extreme leading to increased performance, but history has shown that it never takes too long for the teams and drivers to get on top of the tyres.

“Shanghai is less aggressive on the tyres than the last round in Malaysia but we would expect to see the majority of competitors go for three stops although some may try two.

“Last year we had a new winner with Mercedes and Nico Rosberg, who were able to get the most out of their tyres from the very beginning of the weekend in order to spring a surprise. That goes to show exactly what is possible with the correct tyre management at this point in the season.”

Mercedes’ Hamilton may have last laugh over McLaren after bright start