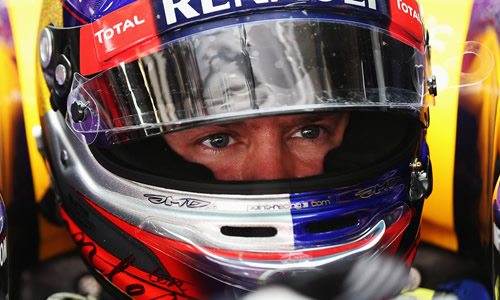 If you no longer go for a gap that exists, you are no longer a racing driver.

So said Ayrton Senna in 1990 when confronted about his tendency to err on the exciting side of caution.

The interviewer, Sir Jackie Stewart, was swatted away with disdain; himself not afforded one opening to drive his point home.

If any world champion currently participating in the sport were to treat a motor racing ancestor in the same way, he would be lambasted on Twitter before you could find your hashtag.

But Senna was a law unto his own; with an ego as all-encompassing as his fanbase, victory transcended all. How we loved him for it.

All considering, can you imagine if – during the denouement of the 1989 championship between the great Brazilian and Alain Prost in the Japanese Grand Prix – Ron Dennis had piped up in his ear and told him to ‘Multi 21’? “Sorry Ayrton, turn your engine down – the gig’s up. Let’s ride it on out from here and get back in one piece.”

It unravelled quite differently – spectacularly – as the McLarens’ ‘coming together’ who-dunnit still rumbles on. Senna disqualified, the title was Prost’s.

As it happens, that kind of scenario is exactly what keeps Red Bull principal Christian Horner up in cold sweats all night. It has happened to his team before.

“It is right to let drivers race,” said Horner at the time of the incident. “But when drivers are in the same team it is important they give each other a bit more respect and concede if one has got the run on the other.”

Clearly the pair were told to dance to a different tune ever since, if the Malaysia mandate was anything to go by.

Vettel suffers shorter shrift than Senna. But with adrenaline bubbling underneath his visor – a three-time world champion on the hunt for further glory – commanding him to hold position behind Webber was like asking a steam train to perform a handbrake turn.

To echo the point raised by Bernie Ecclestone that, two races in, it is far too early to be issuing team orders, is just skimming the surface of the problem.

In essence, drivers want to win.

Any man on the grid, be it through pride or pure passion, would rather bout for every last inch of track en-route to victory than ease off midway through by virtue of a directive from the pit wall.

Webber would have accepted second place should he have been overtaken in the theatre of battle – much like Vettel if the Australian had staved him off.

But to deprive them the chance to work it out themselves – no matter how great the risk – is to cause resentment far greater than any racing incident could incur.

Tension will always thicken championship-winning garages. Horner knows this. And he must stop fighting it.

There will be race weekends in which hair will be tugged from scalps in exasperation, but to try and tame a driver’s natural instincts serves to infuriate rather than motivate.

“I think we’re going to give up on that code,” Horner told Sky Sports F1 ahead of Shanghai. “We need to probably try something else.”

Do the only thing which can be done. Let them race.