Davis Cup 2013: Leon Smith says his belief that Britain could beat Russia didn’t fade once after they came from two rubbers down 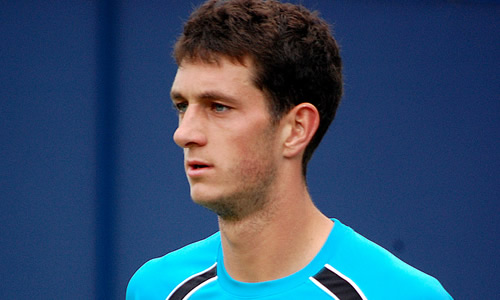 Leon Smith insisted his belief that Britain could beat Russia didn’t fade once after they came from two rubbers down to win in the Davis Cup for the first time in almost a century and book a World Group play-off place.

Russia needed just one win over the final two days of action in Coventry after Dmitry Tursunov and Evgeny Donskoy beat Dan Evans and James Ward respectively on Friday – albeit both in five-set thrillers.

They failed at the first attempt as London 2012 Olympian Colin Fleming and Wimbledon doubles champion Jonny Marray defeated Igor Kunitsyn and Victor Baluda 6-1, 6-4, 6-2 in the doubles rubber on Saturday.

Even then Britain needed two more wins a day later, with Ward up against Tursunov and Evans facing Donskoy, to take the tie 3-2 having last come from 2-0 behind for victory in the Davis Cup 83 years ago against Germany.

And, with momentum on their side in Coventry, Evans dispatched Donskoy in straight sets 6-4, 6-4, 6-1 as Britain won the Europe/Africa Zone Group I second round clash 3-2.

With it Britain secured a place in the 16-nation World Group play-offs in September – their opponents will be drawn on April 10 – but for captain Smith he never contemplated defeat.

Britain had only ever played Russia once in the Davis Cup in 1963 and lost 4-1 on that occasion and Smith said: “It just shows you that anything is possible. At the end of the day it was just two outstanding performances.

“Before the tie I genuinely knew we could cause an upset. If you put all the ingredients in the mix then anything is possible. We certainly believed and on the practice courts we knew we could do it.

“The atmosphere was fantastic too, we really enjoyed it in Coventry. For James to beat Tursunov in five after what he did on Friday was excellent.

“And, of course, what Dan has come in and done fantastic. He stuck to his game plan and executed it perfectly.”